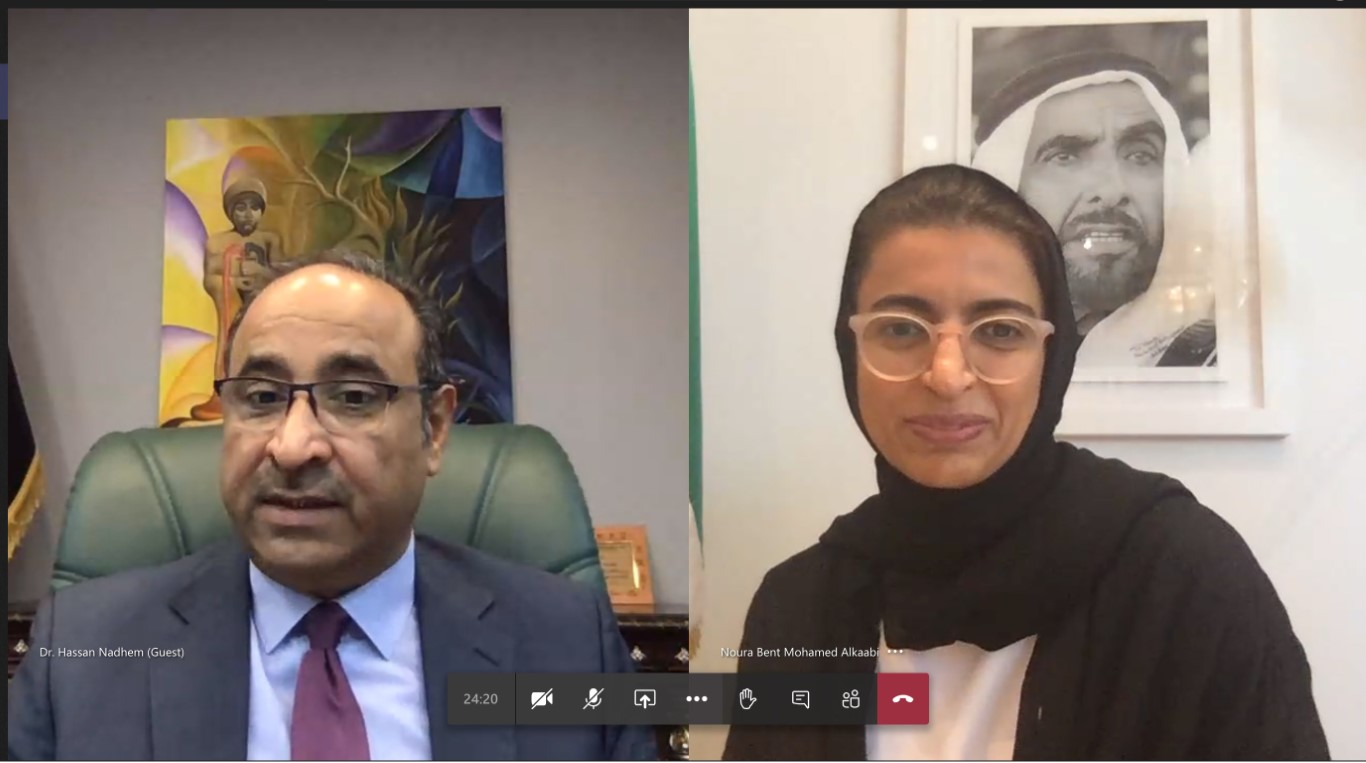 ABU DHABI, 16th June, 2020 (WAM) -- During a remote meeting, Noura bint Mohammed Al Kaabi, Minister of Culture and Knowledge Development, discussed, with Hassan Nadhim, Iraqi Minister of Culture and Antiquities, the bilateral cultural ties between the UAE and Iraq and the reconstruction of the Al-Nouri Mosque of Mosul, the Al-Tahera Syriac Catholic Church and the Conventual Church of Our Lady of the Clock in Mosul.

Al Kaabi congratulated Nadhim on his new position and expressed her eagerness to develop the cultural partnership between the two countries and complete the projects underway in Mosul.

She also highlighted the importance of the initiative to revive the spirit of Mosul launched by the UAE’s leadership, and the constant monitoring of the reconstruction of the Al-Nouri Mosque, in coordination and cooperation with Iraq and the United Nations Educational, Scientific and Cultural Organization, UNESCO.

She also pointed out the UAE’s keenness to build the capacities of human resources involved in architecture and heritage, through a project being implemented in cooperation with the International Centre for the Study of the Preservation and Restoration of Cultural, ICCROM.

"The reconstruction of the Al-Nouri Mosque sends a strong cultural message against the extremists who destroyed these sites of antiquity, and reflects the efforts of the UAE to promote hope, openness and moderation in the face of extremism," Al Kaabi said.

"We have achieved important successes during the first phase of the project, including removing rubble and mines from the area, as well as its documentation and assessment and the restoration of parts that could be rescued," she added.

She then stressed the importance of the ongoing communication and coordination before the meetings of the joint Steering Committee of UNESCO’s rehabilitation and reconstruction project of the Al Hadba Minaret and the Al-Nouri Mosque of Mosul to agree on steps in the future and make suitable decisions to ensure the project is completed on time.