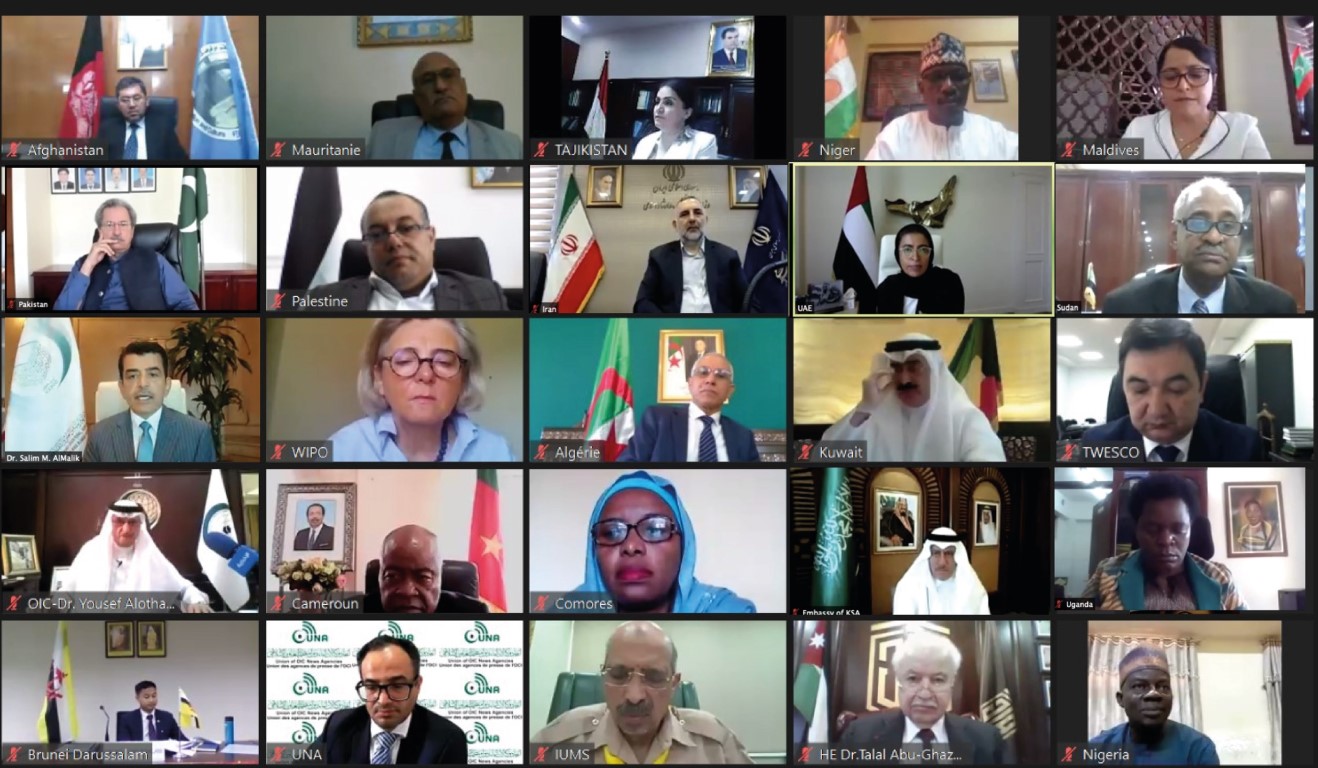 ABU DHABI, 17th June, 2020 (WAM) -- The virtual extraordinary conference of culture ministers of the member states of the Islamic World Educational, Scientific and Cultural Organisation, ISESCO, titled, "The Sustainability of Cultural Action in Facing the COVID-19 Crisis," chaired by the UAE, began with the participation of 50 countries and 22 international organisations, to discuss the future of culture and its relationship to tourism and sports.

The opening session of the conference started with the speech by Noura bint Muhammad Al Kaabi, Minister of Culture and Knowledge Development and President of the Conference, who thanked ISESCO, as well as its Director-General and support staff, for organising the event during the current circumstances affecting all cultural activities, stressing the importance of developing future cultural work and the need to employ smart applications.

Following Al Kaabi's speech, Dr. Yusef bin Ahmed Al Othaimin, Secretary-General of the Organisation of Islamic Cooperation, OIC, delivered a speech referring to the response of the OIC and its agencies to the COVID-19 pandemic and thanked ISESCO, its affiliates and the OIC’s partner organisations for supporting the member states in overcoming the effects of the crisis.

A speech by the Director-General of the United Nations Educational, Scientific and Cultural Organization UNESCO, delivered by Ernesto Othon Ramirez, Assistant Director-General for Culture, highlighted UNESCO's efforts to address the repercussions of the pandemic and praised ISESCO's efforts to support its member states in overcoming its repercussions while highlighting the key role of ISESCO in promoting digital transformation.

Dr. Salem bin Mohammed al-Malik, Director-General of the ISESCO, stressed that digital culture is the new face of cultural work in the future, which necessitates adopting a consistent method of work to sustain cultural work. This is in addition to the development of cultural tourism, and the empowerment of sports culture, through the use of Artificial Intelligence, and the use of creators in these areas.

In his speech, Dr. Al-Malik stressed that the concept of cultural tourism, which was adopted by the United Nations 57 years ago, has become necessary for its advancement, as culture, tourism and sport are at the forefront of the countries' economies. The relationship between culture and sports is also worth developing, as it constitutes a world rich in mobility. The owner pointed out that ISESCO is honoured to find new horizons in this field, and we look forward to seeing results soon.

Al-Malik indicated that tele-cultural programmes during the ban period contributed to alleviating the psychological and social pressure, and compensated for the closure of more than 95 percent of cultural institutions. He praised the pioneering initiatives launched by the ISESCO in these exceptional circumstances, the most important of which is "ISESCO Digital House", which is a cultural, educational and scientific knowledge platform.

In conclusion, the Director-General stated that the transformations taking place in the world in various fields require the Member States to lead the new cultural movement and to be proactive with confidence and the ability to look forward, to build for future generations a prosperous future and safe societies.