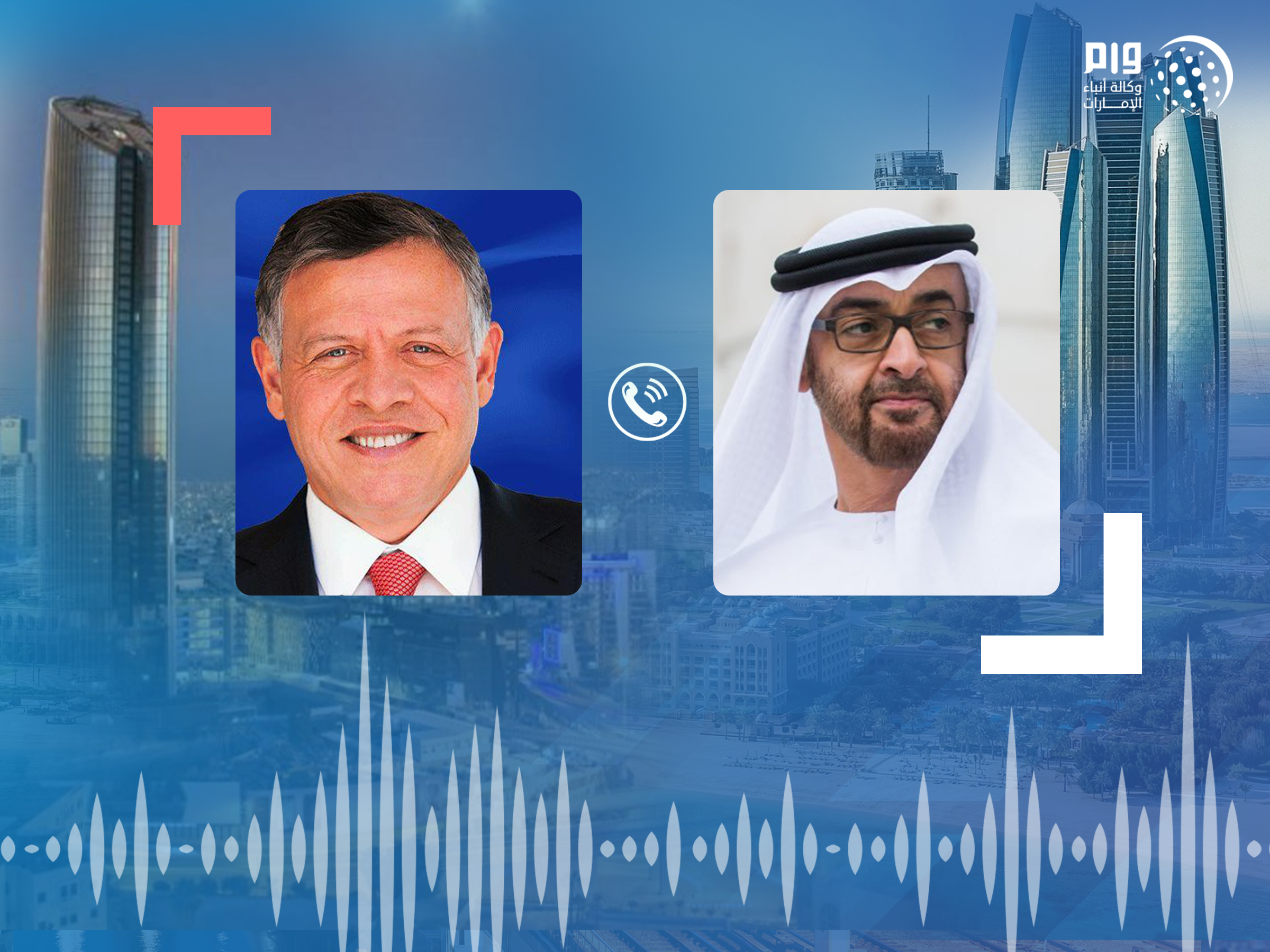 This came in a phone call that covered the Israeli government's planned illegal annexation of Palestinian territories in contravention of relevant international resolutions and in a way that undermines the prospects of peace in the Middle East.

Sheikh Mohamed assured King Abdullah of UAE's full solidarity with Jordan and UAE's categorical rejection of accepting Israel's illegal annexation of Palestinian lands, stressing that the UAE is working with Arab countries and the international community against this illegal move and its expected fallout.

Sheikh Mohamed reiterated the UAE's appreciation of Jordan's support for the Palestinian cause, noting the importance of continuing coordination between the two brotherly countries for the higher good of the two nations' peoples and the Arab nation at large.