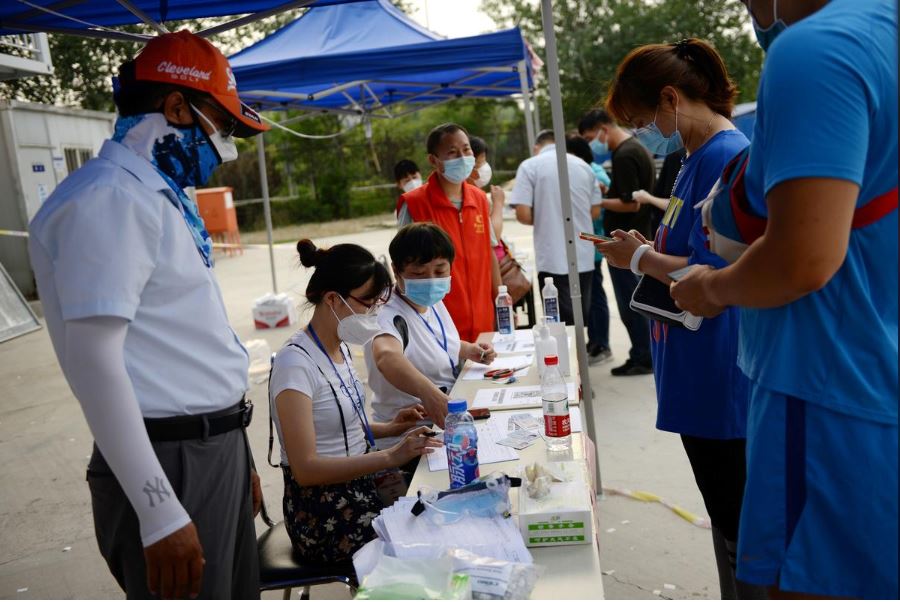 BEIJING, 21th June, 2020 (WAM) -- Mainland China reported on Sunday 26 new confirmed coronavirus cases for June 20, down from 27 a day earlier, driven largely by the latest outbreak of COVID-19 in the Chinese capital.

Of the new infections, 22 were in Beijing, reported Reuters, citing the National Health Commission. The number is the same as a day earlier.

The city of more than 20 million people reported its first case in the latest wave on June 11. The resurgence has been linked to a wholesale food centre in the southwest of Beijing. So far, 227 people in the city have been infected in the latest outbreak.

Mainland China reported six new asymptomatic cases, those who are infected with the coronavirus but show no symptoms, down from seven a day earlier. Beijing accounted for three of the new cases.

China does not count asymptomatic patients as confirmed cases and as part of the official infection tally.

To date, China has 83,378 confirmed cases. The first infections were traced to Huanan seafood market in the central Chinese city of Wuhan in December.

No new deaths were reported in mainland China for June 20, added Reuters.