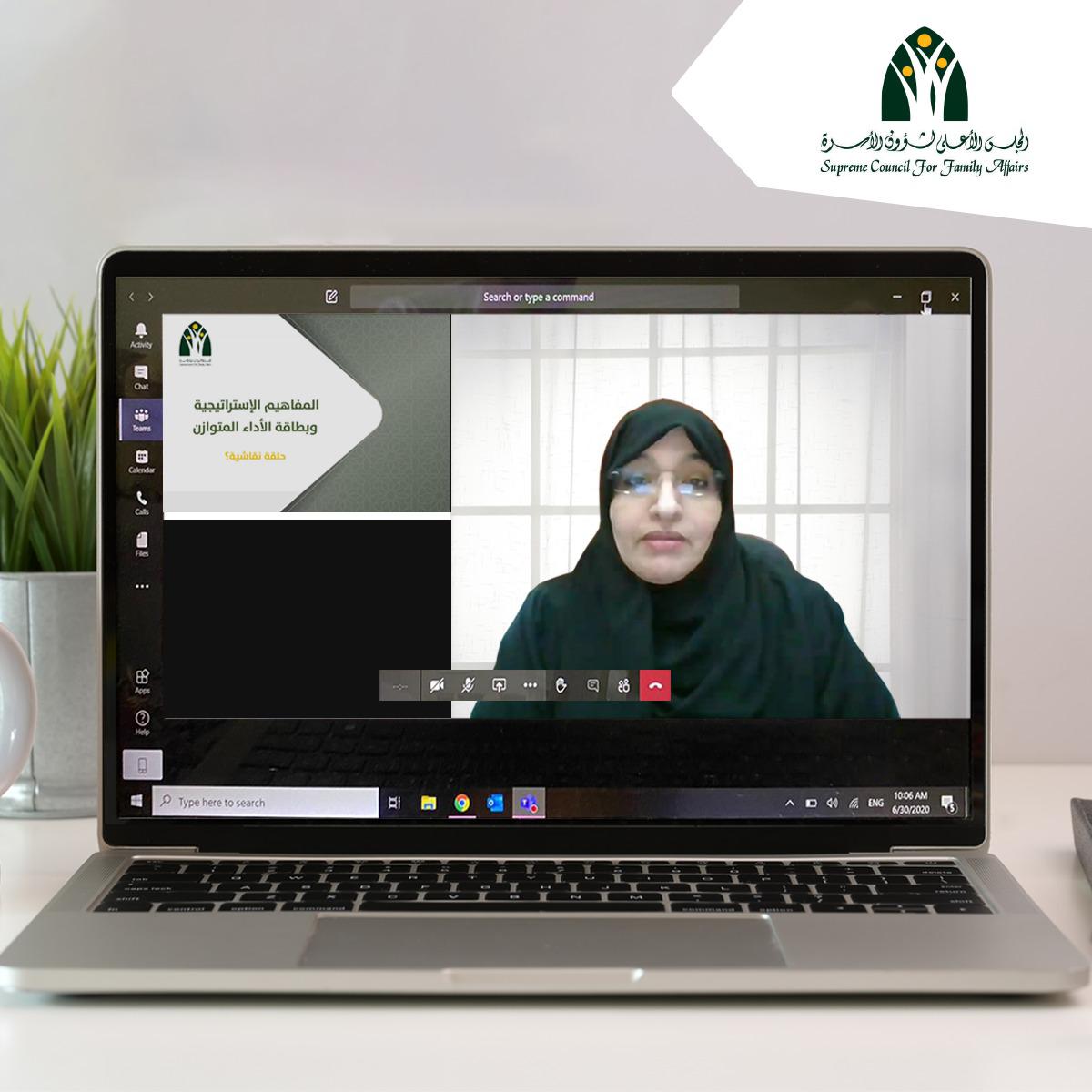 SHARJAH, 8th July, 2020 (WAM) -- The General Secretariat of the Supreme Council for Family Affairs, SCFA, in Sharjah organised a webinar titled "Strategic Concepts and a Balanced Scorecard" to bring together different views and insights to shape a strategic path that enhances efforts, exploits energies, and maps out the upcoming action plan.

The webinar touched on the mechanism and performance of the strategic planning and its tools, in addition to discussing the SCFA’s strategic partnerships.

Also attending were 20 participants from the second line of leaders at the SCFA departments.

Dr. Khawla Al Mulla said, "The SCFA always seeks to unite the efforts of its institutions and departments and their work mechanisms to develop the general policies, rules and regulations, institutional systems, and visions that departments should abide by. Hence the importance of holding this webinar to debate over the strategic orientation of the SCFA and to achieve its goals for ensuring a better future for family members to play an active role in society, thus guaranteeing their stability and security."

Al Mulla pointed out that the SCFA is committed to developing plans, programmes, and initiatives that would help to drive the community development process laid down by H.H. Dr. Sheikh Sultan bin Muhammad Al Qasimi, Supreme Council Member and Ruler of Sharjah.

"The directives and visions of H.H. Sheikha Jawaher Bint Mohammed Al Qasimi, wife of the Ruler of Sharjah, and Chairperson of the Supreme Council for Family Affairs, aim primarily to strengthen the family status and stability, through uniting the efforts of the various institutions and departments concerned with building an integrated work system based on successful experiences and best practices. This would help advance the efforts made to serve the family and to achieve its needs in accordance with today’s requirements and elements," she noted.

Al Mulla stressed that all the SCFA’s plans are developed to ensure a better future for the family by spreading awareness, providing protection, care and rehabilitation in coordination with the community institutions participating in decision-making and legislation to enable them to play their active role in society and implement quality standards and excellence in performance and giving.