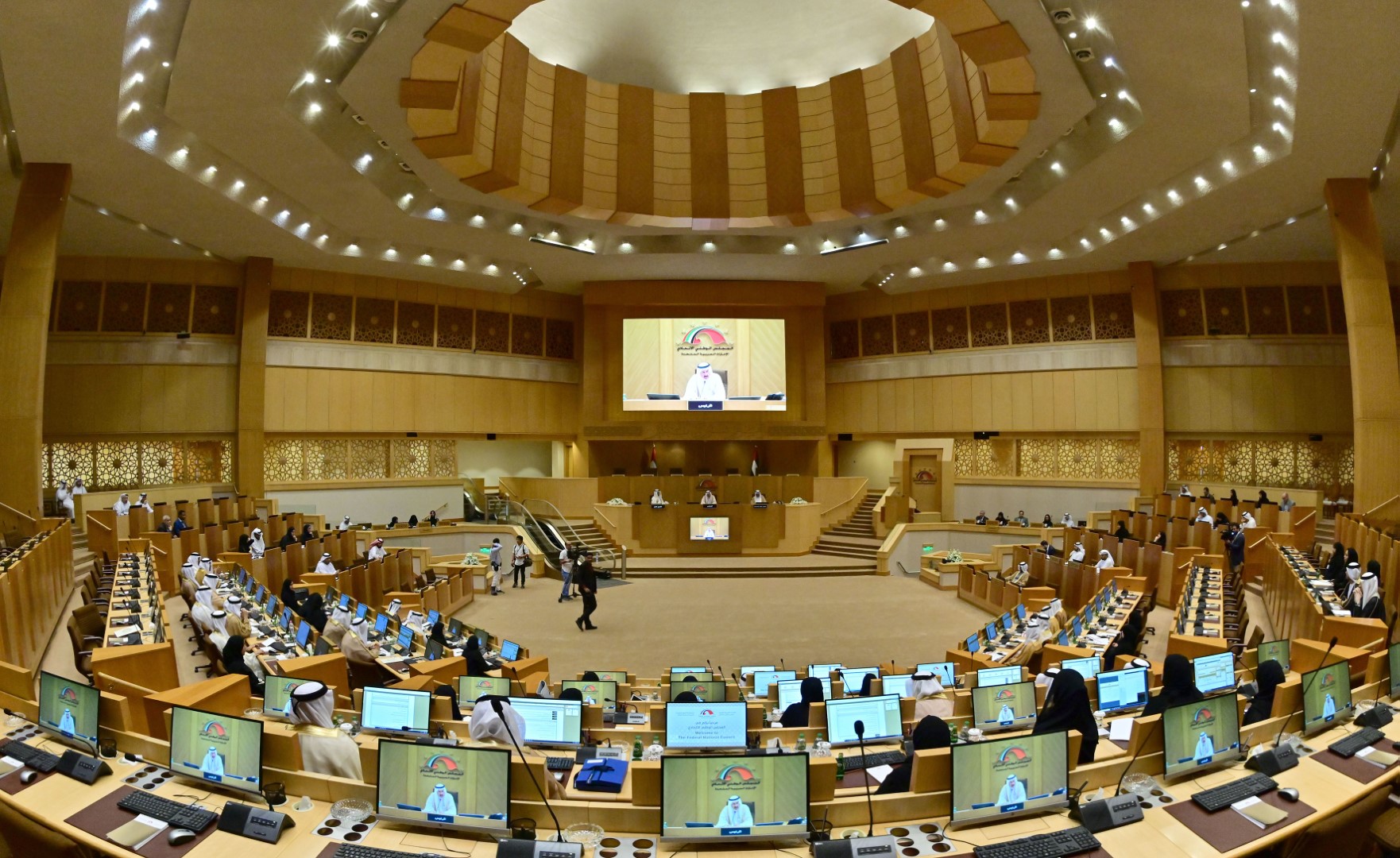 ABU DHABI, 23rd August, 2020 (WAM) -- The Federal National Council, FNC, approved 15 draft laws, in the areas of health, food, environment and the economy, during 13 sessions in the first ordinary term of its 17th legislative chapter, which was held on 19th November, 2019.

As part of the FNC’s keenness to perform its constitutional functions and national role, it held seven remote sessions, in light of the current circumstances, and while following precautionary measures.

The FNC discussed a draft law on guaranteeing the right to transfer funds during its ninth session, held on 21st May, 2020.

The draft laws approved by the FNC in the first term of its 17th legislative chapter covered issues, such as consumer protection, public health, the regulation of national strategic food reserves, the biosafety of genetically-modified organisms and their products, pesticides, and amendments to certain articles of Federal Law No.18 for 1981 on regulating commercial agencies, as well as other draft laws.