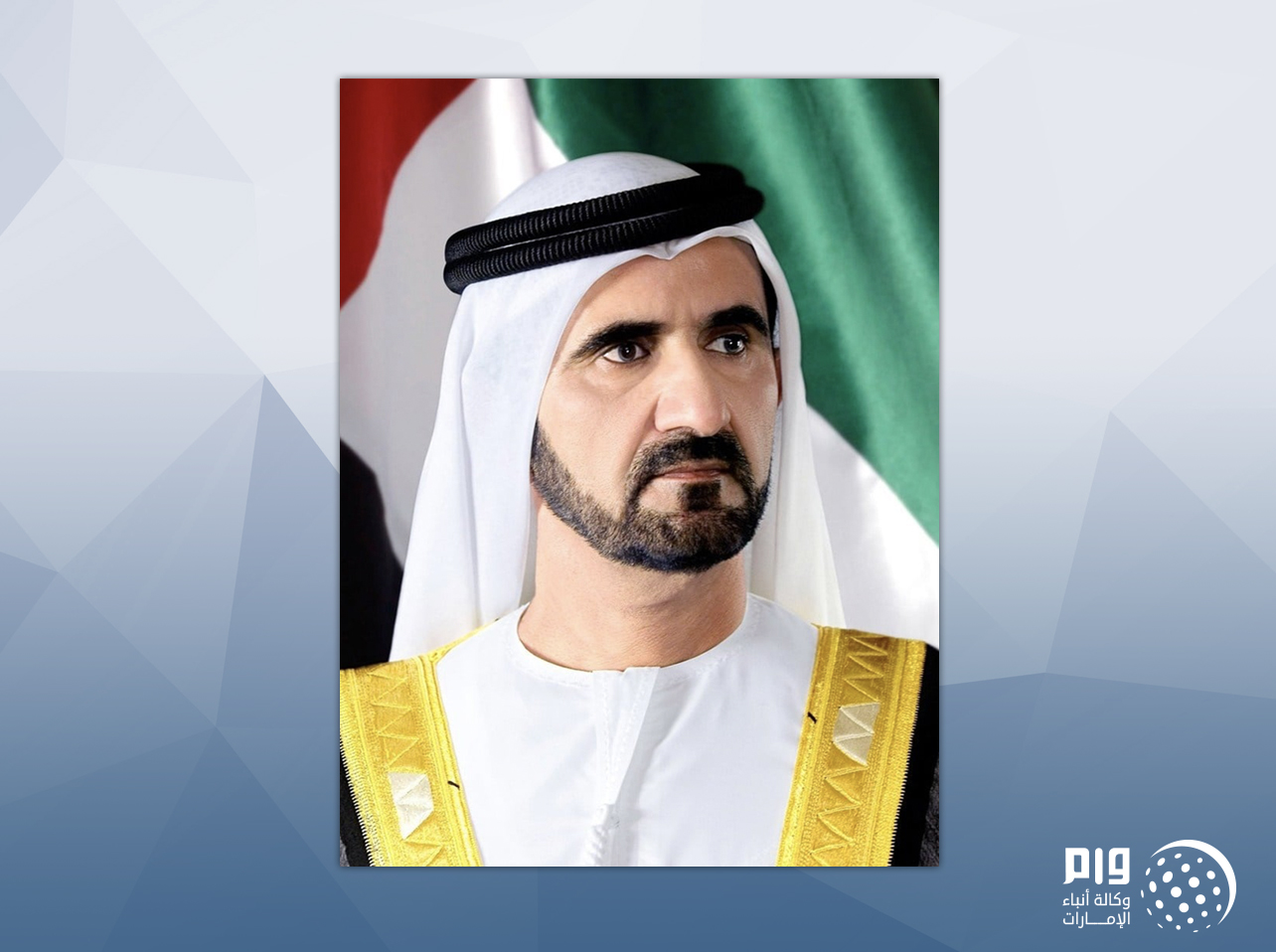 With 189 million kilometers remaining, the Hope Probe will reach its planned orbit around Mars on February 9, 2021. It has already covered 60 percent of its journey, equivalent to 290 million kilometers in 111 days since its launch on July 20.

His Highness Sheikh Hamdan bin Mohammed bin Rashid Al Maktoum said: "The Hope Probe mission is the culmination of a 50-year journey, which began in 1971. It also marks the beginning of another 50 years that will bring about major achievements based in the fields of science, knowledge and innovation. Our nation does not have the word impossible in its dictionary and our leadership will not settle for anything less than the first place."

His Highness Sheikh Mohammed Announces Hope Probe’s Arrival to Mars This announcement of the Probe’s arrival date to Mars comes following His Highness Sheikh Mohammed bin Rashid Al Maktoum, Vice President and Prime Minister of the United Arab Emirates (UAE), and ruler of the Emirate of Dubai’s tweet earlier today: "The Hope probe has completed its last trajectory correction maneuver after travelling 290 million km into space in 111 days. We officially announce Hope probe will arrive to Mars on Feb. 9, 2021 at 7:42pm UAE timing. We will celebrate the arrival of the first Arab mission to Mars."

His Highness added: "Even before reaching its orbit, the Emirates Mars Mission’s Hope Probe has succeeded in instilling a new culture in the hearts and minds of this nation’s men and women; a culture that prioritizes science in shaping our future and reiterates our nation’s limitless ambitions after successfully entering space. We have become the first Arab country to succeed in exploring a planet, and our nation joins an exclusive group of only seven countries that have explored Mars."

His Highness affirmed that the UAE’s arrival at Mars as the fifth country in the world is a historic achievement and places great responsibility on future generations to continue the march of progress.

His Highness praised the EMM team’s efforts and said: "I want to thank you for your efforts, perseverance, determination and dedication in prioritizing the success of this project despite the unusual circumstances the world is going through. You are achieving this mission with success that far exceeds expectations. We will celebrate together – by God’s will - on February 9, when the Hope Probe reaches its orbit."

15,000 Working Hours Since the Hope Probe’s successful launch from Japan’s Tanegashima Center on July 20, the team has spent more than 15,000 working hours closely monitoring its path to Mars.

Having already completed the launch and early operations phases, the Probe is currently in the third of six stages of its journey. The Early Orbit Phase, began at the end of the Launch phase and lasted about 45 days.

Throughout that time, the Probe was monitored 24 hours a day by the operation and spacecraft teams to ensure that the spacecraft and all its components and systems were in optimal running condition.

Cruise Phase The probe is currently in its Cruise phase. During this time, the operations team at the ground station at MBRSC in Dubai periodically monitors the state of the probe, as it is in contact with the spacecraft two to three times a week, to check the subsystems health, calibrate the interments, and understand the performance of the probe. This phase also includes monitoring the probe's flight path by conducting a series of trajectory correction maneuvers (TCMs). The project team conducted two successful maneuvers previously, in addition to a more recent one, which is the third in the probe’s trip to Mars. Currently the team is back to the 24-hour contact schedule to prepare for the next phase.

Entering the Martian orbit Following the Cruise phase, the Probe will enter the Mission Orbit Insertion (MOI) phase. At this time, the team will focus on safely entering a capture orbit around Mars. This process requires slowing down the Probe, and nearly 50 percent of the fuel will be used to do so. The fuel burn will last approximately 30 minutes and reduce the speed of the spacecraft from over 121,000 km/h to approximately 18,000 km/h. Due to the radio signal lag from Mars - it takes radio signals 13 to 26 minutes to travel from Hope around Mars to the ground network on Earth - the team will not be able to intervene and communicate with the Probe, resulting in the mission being 100 percent autonomous.

Moving into Scientific Orbit The Transition to Science phase begins at the end of MOI and will last until the observatory is in an acceptable science orbit and the commissioning is complete, about 75 days. The spacecraft’s capture orbit will take it as close as 1,000 km above Mars’ surface (a 40-hour elliptical orbit), and ranges from 1,000 kilometers to 49,380 kilometers. This is the period where the first image of Mars will be taken and transmitted back to the Mission Operation Center (MOC). During this phase, preparations for primary science operations take place and daily contacts are scheduled, enabling a quick turn-around of command sequence uploads and telemetry receipt.

The Probe will remain in scientific orbit for a full Martian year (687 Earth days) and continue to take pictures of Mars and send them to the earth station.

Meticulous Planning Sarah Al Amiri, Minister of State for Advanced Technology, Chairwoman of the UAE Space Agency and EMM Science Lead, said: "The Probe is successfully continuing its historic journey to its orbit around the Red Planet, thanks to the team’s meticulous planning and hard work. The team has received limitless support from the country's wise leadership, in accordance with its vision and instructions to strengthen the nation’s space sector. This shall be achieved through enabling the nation’s youth to contribute to the development of a knowledge-based economy and encourage them to focus on innovation and industries built on advanced technology. They will shape a globally competitive economy that contributes to finding solutions to the challenges we are going through today and could face in the future. The Hope Probe also prioritizes the diversification and resilience of the economy's resources, based on science and technology."

She added: "EMM’s Hope Probe is an important milestone in the UAE’s history. Its expected arrival at Mars coincides with the nation's golden jubilee celebrations and reaffirms our wise leadership’s determination to continue the achievements of the founding fathers of the UAE and become one of the best nations globally in the next 50 years."

Al Amiri added that the expected arrival of the Hope Probe to its orbit around Mars opens new scientific horizons and turns the UAE into a knowledge-exporting country instead of an importer of knowledge, sharing with the world for the first time, unprecedented data captured by the Probe.

A Gateway for Scientific Progress For his part, Hamad Obaid Al Mansoori, Chairman of Mohammed Bin Rashid Space Center (MBRSC), Said The Hope Probes launch towards Mars is a key milestone in the UAE’s space journey. The completion of 60 percent of its historical journey to Mars, as the first Arab interplanetary mission, cements the position of the UAE in this sector regionally and globally.

He further said: "The eyes of the nation will be on the Hope Probe on February 9th 2021, as it marks its entry into Mars’ orbit. The Emirates Mars Mission confirms the UAE’s commitment to investing in the future. Space missions are a gateway to scientific progress across multiple sectors and are an opportunity to build our very own scientific knowledge hub. They are also an important pillar in our march towards a sustainable future. The success of the third Trajectory Correction Maneuver is a major milestone in the success of the mission. We are sure that the mission will benefit the international scientific community and will further enhance the position of the UAE in the regional and global space sector. Additionally, the success of this mission is a testament to the UAE’s role in promoting scientific progress for the benefit of humanity."

The Right Trajectory Engineer Omran Sharaf, EMM Project Director, said the Hope Probe is currently on the right trajectory towards its planned orbit around the Red Planet. He indicated that the team had planned to implement seven TCMs during the Probe’s 493 million km journey to Mars. However, due the effectiveness of the launch, the completion of the Probe's Early Operations, and the successful TCMs conducted, the Probe is now closer to its final path.

He added: "The accuracy of our trajectory during the cruise, confirmed by TCM3, has enabled us to now plan new scientific observations in our final approach to Mars. We will be using the EMUS spectrograph to make early observations of Mars’ outer hydrogen halo as well as adding new data to interplanetary hydrogen modelling. We will also use the star trackers on board to perform measurements of interplanetary dust as we cruise towards MOI. The current performance of Hope has provided the science team an opportunity to make measurements capturing valuable science data that can only be captured en route to a planet, which means that we will actually have commenced science data gathering even before we enter into our capture orbit in February and then transition to our science orbit. We will be making novel science data available to the international community even earlier than we had originally planned."

By enabling the dust tracking feature in Mars Hope’s star trackers, measurements of interplanetary dust density can be made far from Earth’s orbit that will contribute to our understanding of the distribution of dust throughout the solar system. Additionally, the EMUS (Emirates Mars Ultraviolet Spectrometer) instrument will be activated to image Mars’ exospheric hydrogen in the Lyman-beta band. As well as these measurements, Mars Hope will be cross-calibrated with the PHEBUS spectrometer aboard the European Space Agency’s BepiColombo spacecraft, which is en-route to Mercury. The move will allow significant data collection to be made on the distribution of hydrogen within the sun’s heliosphere. This will provide a better understanding on the development of models of the distribution of interplanetary hydrogen.

Variations of Martian Weather Upon its arrival to mars, the Hope Probe will travel in a 20,000km – 43,000 km elliptical science orbit and will complete one orbit of the planet every 55 hours. As a result of its highly innovative orbit, Hope Probe will take the first ever planet-wide picture of Mars’ atmospheric dynamics and weather.

During this time, the contact period with the Mission Operation Center will be limited to six to eight hours, twice a week and it is expected that the Probe will transfer over one terabyte of novel data on Mars’ atmosphere. In parallel, the instruments that it carries will continue to routinely observe Mars’ surface and atmosphere, so that an understanding of the weather is gained for every point on ground, over every time zone, and through every season. It will also contribute to forming the first complete picture of Martian atmosphere, which will be provided to the global scientific community in more than 200 academic and research institutions.

The Hope Probe carries three tools to measure and study Martian atmosphere, and weighs about 1,350 kg - the size of a small car. It was designed and built by MBRSC engineers in cooperation with global knowledge transfer partners.

Three Teams EMM’s Hope Probe is currently managed and supervised by different teams, each responsible for separate aspects of the Probe’s overall health. The Ground Station Team oversees and monitors the connectivity and data received. The Spacecraft Team is in charge of checking the subsystems’ performance. The Operations Team, for its part, oversees the spacecraft’s operations throughout all phases that include monitoring, controlling (uploading the schedule scripts), status data analysis and performing the TCMs.

Following the Mission’s Journey With a newly redesigned website, space enthusiasts and the general public can follow the Hope Probe’s journey in real time. Furthermore, the website provides key information on the progress of the mission and the different phases of the journey.