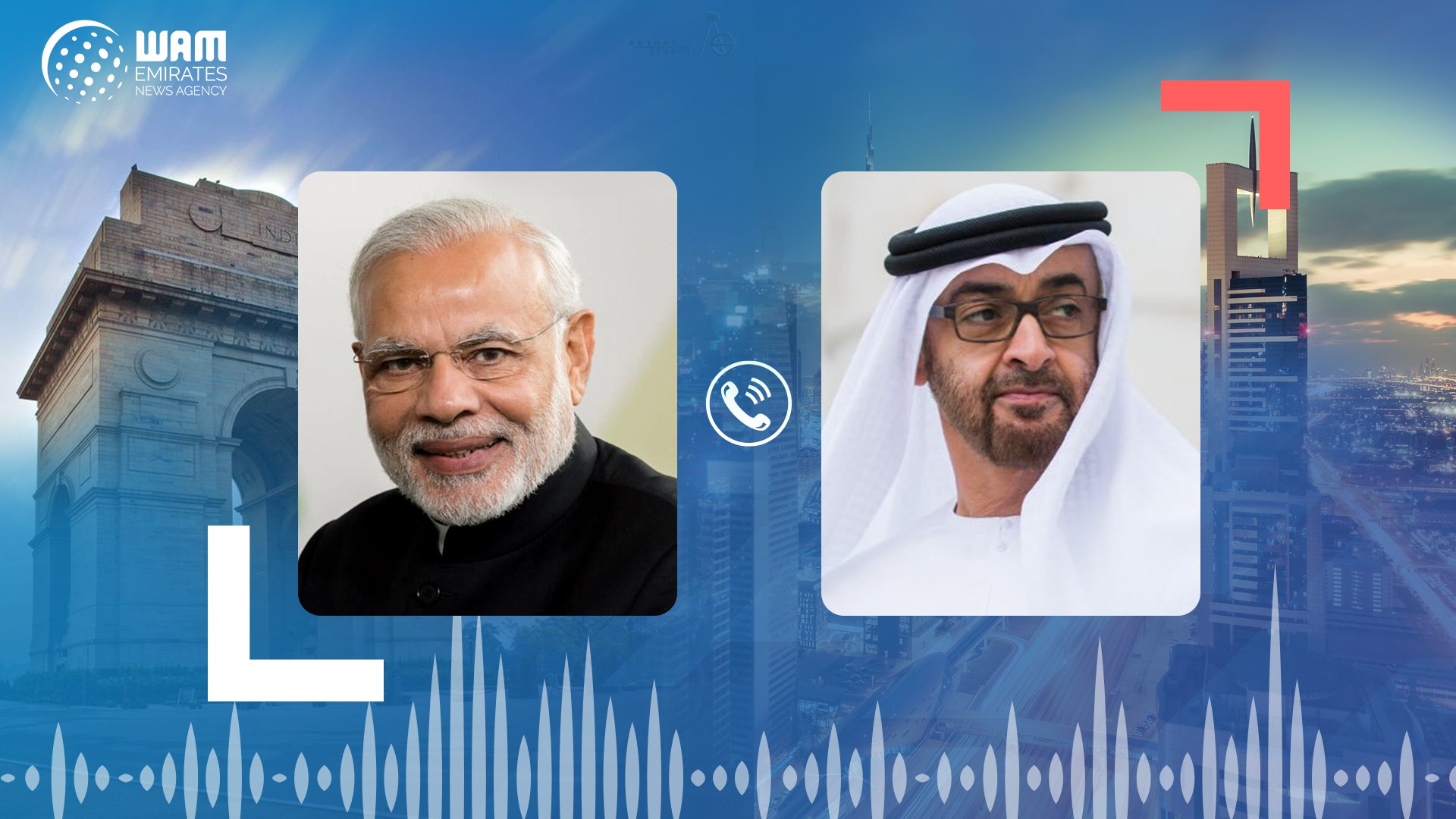 In a phone call, His Highness Sheikh Mohamed bin Zayed and Prime Minister Modi exchanged views on the latest regional and international developments. They also reviewed the latest progress on COVID-19 in the two countries and globally in addition to the effective cooperation between the UAE and India in fighting the virus and exchanging expertise on this regard.

During the conversation, Sheikh Mohamed bin Zayed congratulated India's Prime Minister on the Republic Day marked on 26th January and wished further development, stability and prosperity for the friendly people of India.

His Highness Sheikh Mohamed emphasised the strong UAE-Indian ties in various fields, and the UAE's keenness on developing them for the benefit of the two countries and peoples, especially in the economic, trade, technology, energy and other domains.

In turn, Prime Minister Modi thanked Sheikh Mohamed bin Zayed for his good wishes on the Republic Day, pointing to India's great interest on boosting ties with the UAE and investing the available opportunities in view of these relations in various fields.