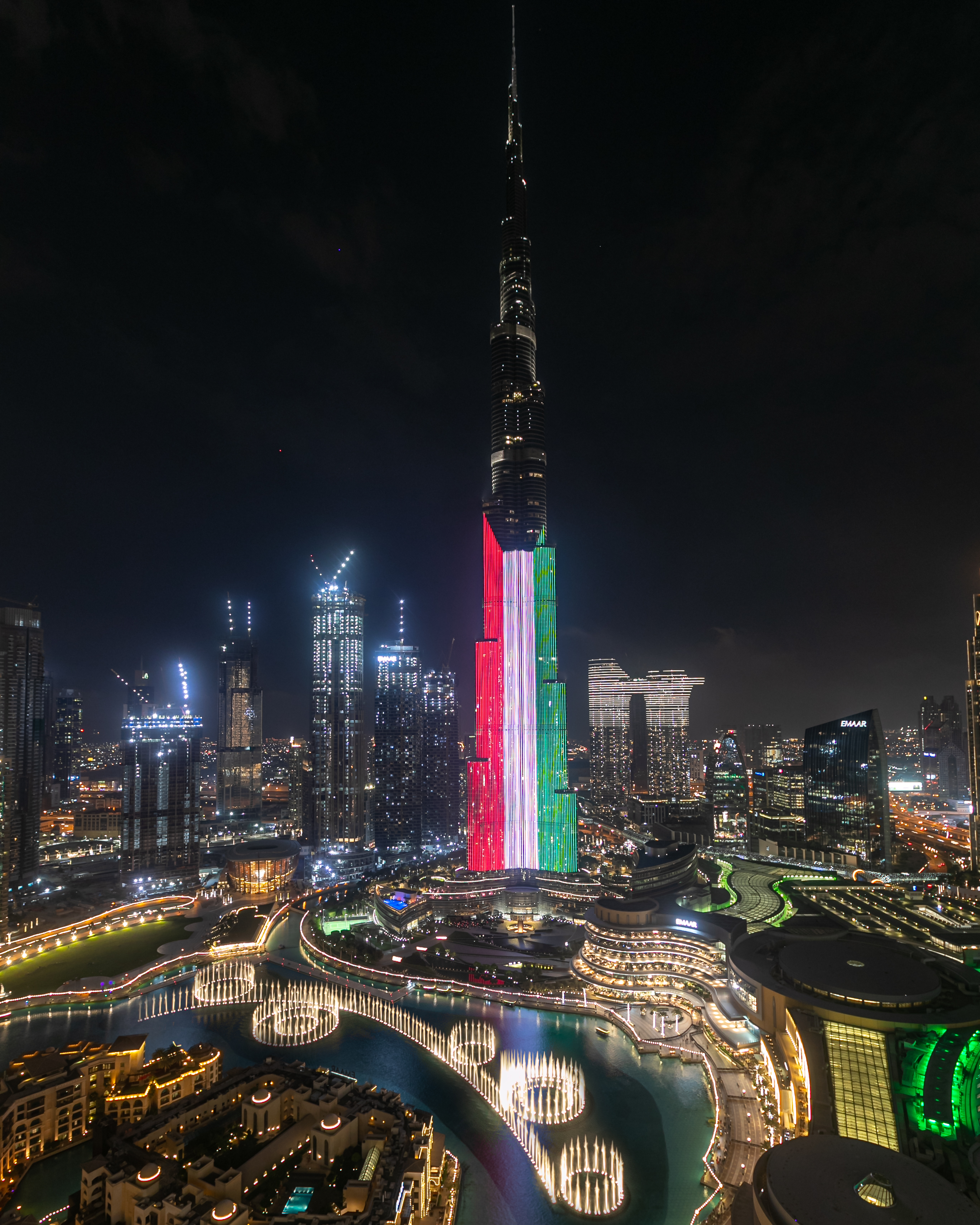 DUBAI, 26th February, 2021 (WAM) -- Sharing the joy of celebrating the 60th National Day of Kuwait on 25 February, Dubai’s landmarks lit up in the colours of the Kuwaiti flag. The celebrations in Dubai affirmed the deep and strong fraternal ties between the United Arab Emirates and Kuwait, as well as their shared history, heritage and culture.

A fascinating projection on the Burj Khalifa on 25 February saw the world’s tallest building adorned in the Kuwaiti flag colors of red, white, black and green, reflecting the pride of this great nation while the Dubai Frame also made a projection with the colours of the Kuwaiti flag from 23 to 25 February. The iconic Burj Al Arab was illuminated in blue on 23 and 24 February to celebrate this joyous occasion.

As a part of the celebrations, visitors to Festival Bay at Dubai Festival City Mall watched a special edition of the award-winning and record-breaking "Imagine" show on 25 February.

The Kuwait National Day themed show featured a variety of performances such as dancing fountains dazzling laser displays and light effects. At the end of the show, a projection of the Kuwait flag lit up the facade of the InterContinental Hotel Dubai Festival City.