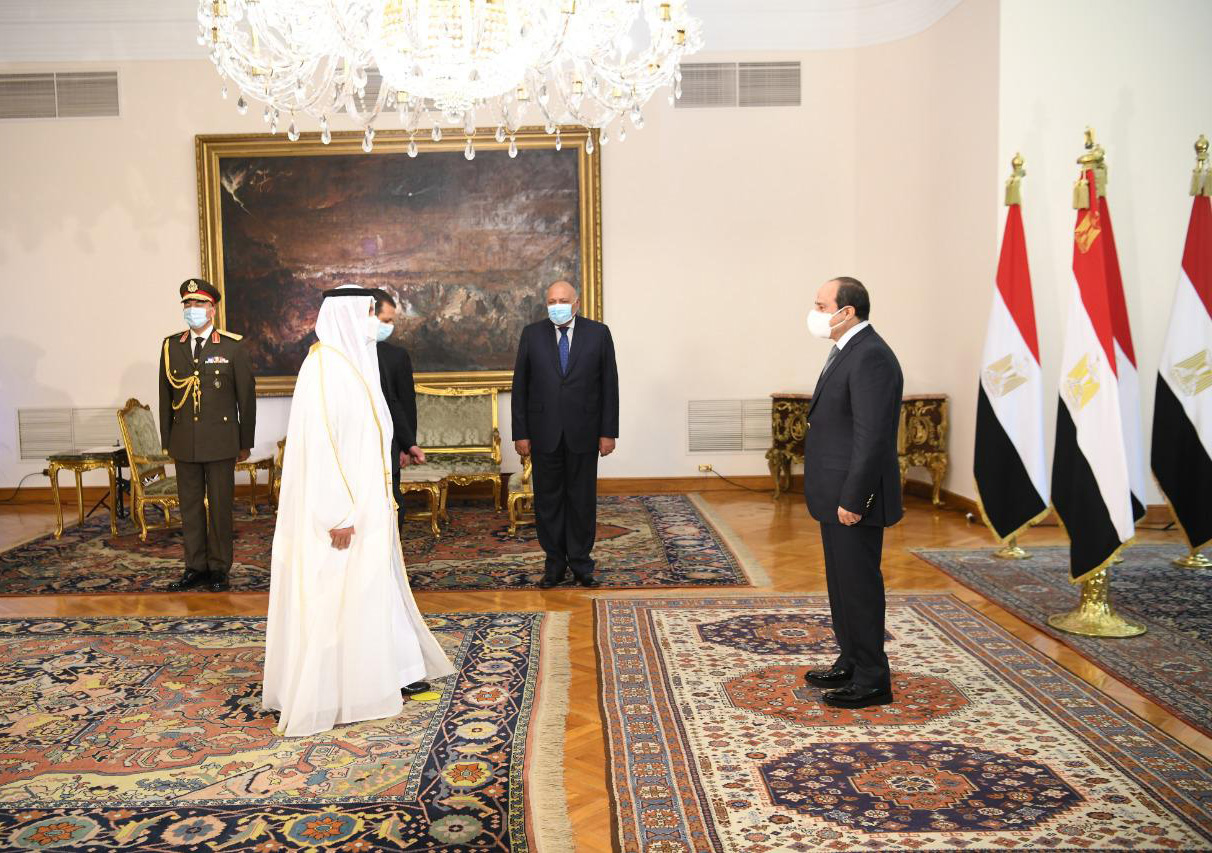 ABU DHABI, 8th March, 2021 (WAM) -- Hamad Saeed Al Shamsi has presented his credentials to President of Egypt Abdel Fattah el-Sisi, as the UAE Ambassador Extraordinary and Plenipotentiary to the Republic of Egypt.

The Egyptian president reciprocated the greeting to the UAE leaders, wishing the government and people of the UAE continued prosperity. He also wished the ambassador a successful tenure to further consolidate the privileged relations between the two nations across various fronts, stressing the Emirates' determination to provide all that is needed to facilitate his mission.

The ambassador expressed pride at representing the UAE in Egypt and his keenness to continue to develop the bilateral relations across all domains in furtherance of the fraternal bonds between the two nations.

The meeting reviewed prospects of bolstering cooperation between the two nations.