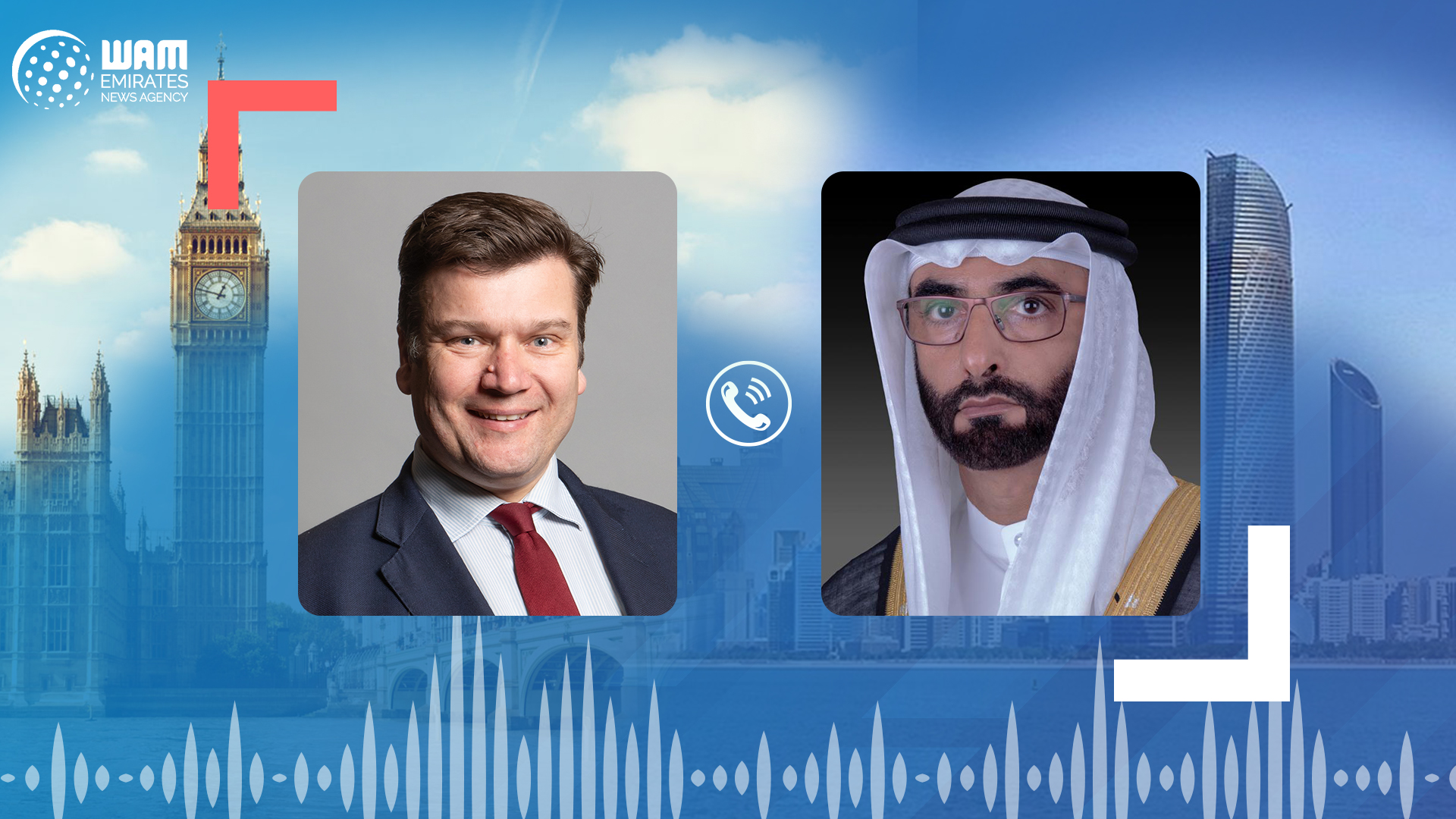 During a telephone call today, Al Bowardi and James Heappey, Member of Parliament for Wells, and Minister for the Armed Forces at UK Ministry of Defence, discussed UAE-UK bilateral relations and ways to enhance them, particularly in the military sector, as part of the cooperation between their countries. They also talked about the current state of the region and efforts to establish peace in the Middle East.

Al Bowardi underscored to the importance of increasing collaborations in organising military exercises to advance efforts to combat terrorism and extremism and in exchanging military experiences to develop the efficiency and capabilities of their military forces.

The British Minister praised the UAE for the major strides it made in various fields, and expressed his eagerness to strengthen the ties between their countries, especially in defence and military fields, stressing the importance of maintaining security in GCC countries.