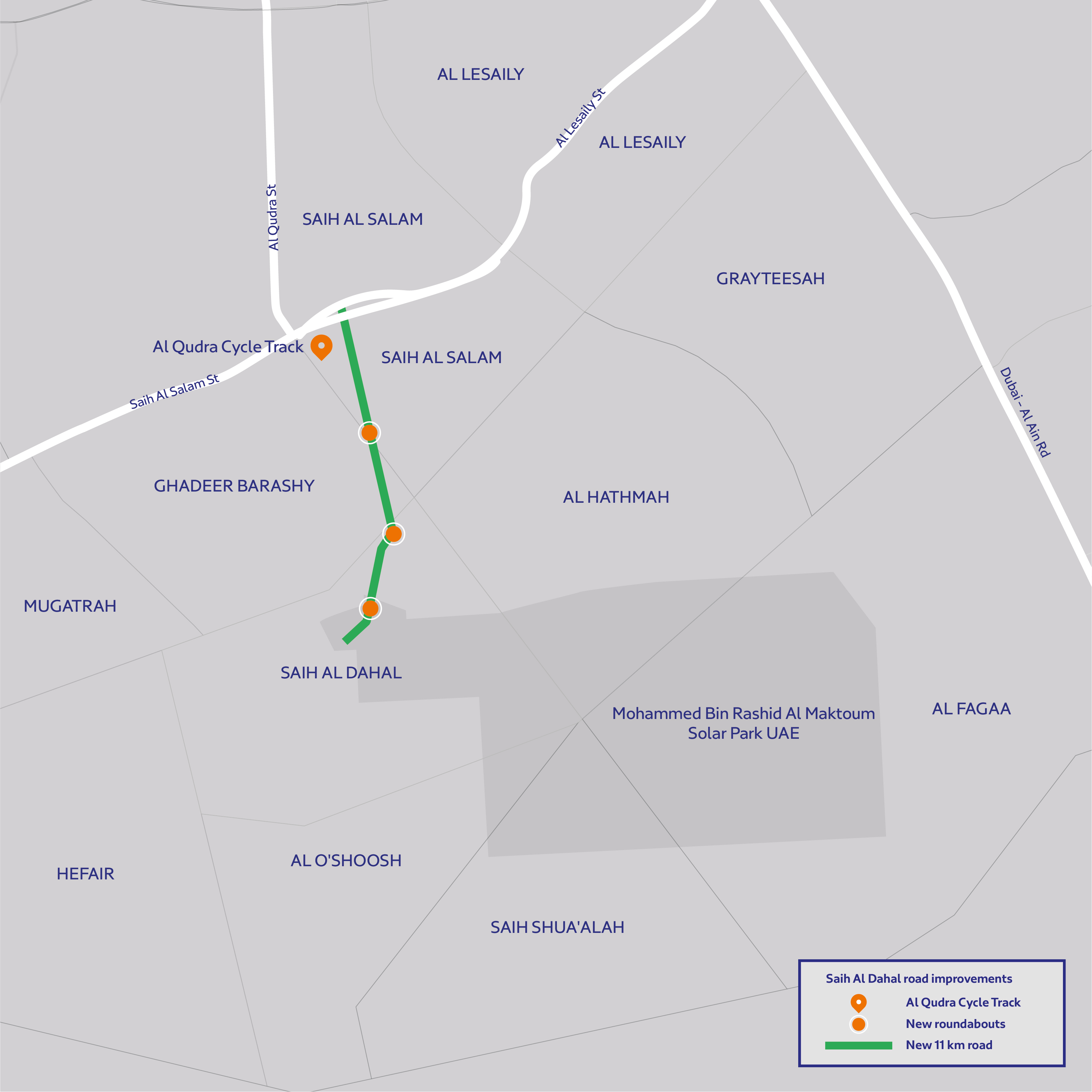 The existing single-carriageway road will be replaced by a dual carriageway extending 11 kilometres (km).

"The project will increase the street capacity from an existing 1,800 vehicles to 4,000 vehicles in each direction to accommodate the continued growth in traffic volumes. Thus, it will ease the mobility of residents and visitors to the existing oases on both sides of the street, desert areas and Mohammed bin Rashid Al Maktoum Solar Park," said Mattar Mohammed Al Tayer, Director-General, Chairman of the Board of Executive Directors of the Roads and Transport Authority.

"The project starts from the roundabout at the junction of Saih Al Dahal Road and Saih Al Salam Road in the North, immediately after Al Qudra Cycling Station, and heads towards Mohammed bin Rashid Al Maktoum Solar Park in the South. The project encompasses the construction of a new road of two lanes in each direction together with three roundabouts along the street to ease the accessibility of road users to the existing oases on both sides of the street, Al Qudra Lakes, desert areas as well as U-turns," Al Tayer explained.

The project complements the RTA’s development projects in the area, such as the 23 km-long Dubai Cycling Track, the existing cycling track at Saih Al Salam running alongside Al Qudra Street at the Gateway of the Dubai Cycling Track in the direction of the Emirates Road. From there, it links with the Latifa bint Hamdan Street, Sheikh Mohammed bin Zayed Road, Al Barari district and from there up to Nad Al Sheba community. The cycling track at Saih Al Salam, which extends about 115km, is fitted with several facilities including shops for renting bikes and their accessories, a fully-equipped medical clinic, and 10 rest areas distributed along the cycling path fitted with seats and bike racks.