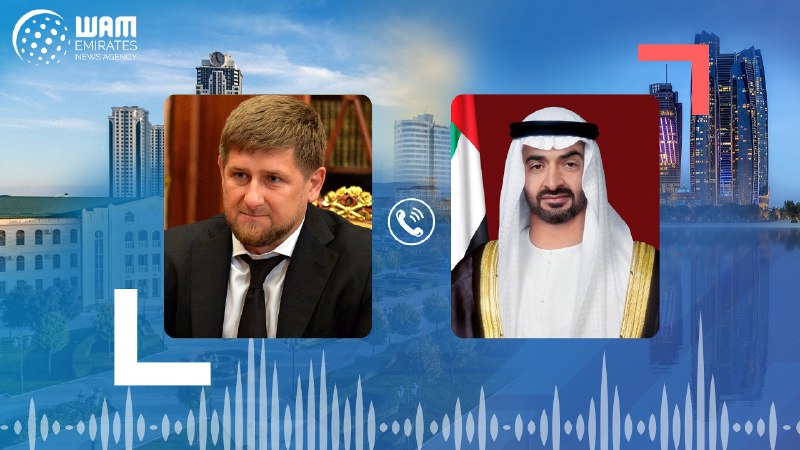 ABU DHABI, 27th September, 2021 (WAM) -- His Highness Sheikh Mohamed bin Zayed Al Nahyan, Crown Prince of Abu Dhabi and Deputy Supreme Commander of the UAE Armed Forces, held a phone call with Ramzan Kadyrov, President of Chechnya, during which he congratulated him on being re-elected for another presidential term, and wished him continuing success in performing his duties.

His highness Sheikh Mohamed bin Zayed and Kadyrov discussed bilateral relations and ways to strengthen them in various fields.

Kadyrov thanked Sheikh Mohamed for his friendly feelings towards him and the Chechen people and wished more progress and prosperity for the UAE and its people.