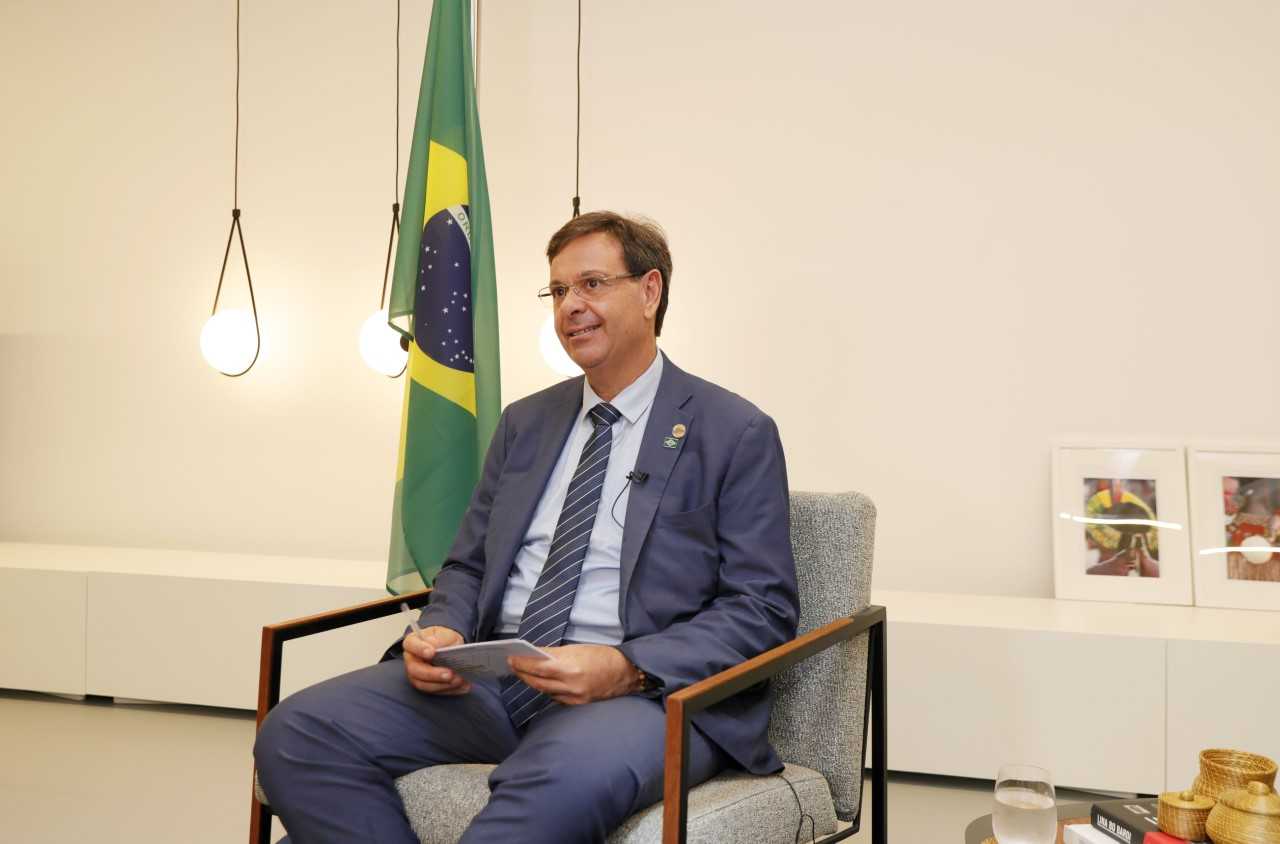 ABU DHABI, 7th October, 2021 (WAM) -- Brazil is planning to launch direct flights from the UAE to the country’s amazon and the Northeast regions, which will help the Latin American giant attract a million tourists from the Middle East in the next three years, a senior official told Emirates News Agency (WAM).

Before the pandemic, around 75 percent of the tourist traffic between Brazil and the Middle East were from and to the UAE, said Gilson Machado Neto, Brazilian Tourism Minister, who was on a working visit to the UAE, revealing that annual outbound and inbound tourist traffic from Brazil to the Middle East was around 125,000 and 120,000 respectively.

Most tourist traffic from UAE

"Even when the numbers go up in the coming years, we expect the same trend – around 75 percent of the tourist traffic will be from and to the UAE," Neto said in an exclusive interview with WAM in Dubai.

He said more Brazilians will love to visit the UAE once new flights are launched. "Brazilians are very interested in your culture and to see how everything works here...the huge buildings that you have here, how you make those [manmade] islands around Dubai."

Two daily flights operated by Emirates from Dubai to Rio de Janeiro and Sao Paulo in Brazil were the only direct flights from the UAE to Latin America before the coronavirus outbreak. Emirates has already resumed direct flights to Sao Paulo.

The minister revealed that Brazilian government is in touch with the Emirati authorities on launching more direct flights from the UAE to the airports in Brazil’s amazon and the Northeast regions.

Neto expressed his confidence that "New flights from the UAE, an aviation hub in the Middle East, will definitely help tourist traffic grow around ten times [from about 120,000 to a million] in the next three years."

Amazon and the Northeast regions are known for ecotourism and tourists from the Middle East, especially Emiratis and other Gulf nationals, will be interested to explore the natural beauty of those regions, he explained.

Ecotourism is a growing trend across the globe, which will drive the post-pandemic recovery of the tourism sector, Neto said.

Airfare to fall around 30%

"Many Brazilian have a dream to come here [UAE] but we have one challenge – high airfares. It is a global challenge to make air tickets cheaper for travelling around the world," he pointed out.

More direct flights will help reduce the airfare by at least 30 percent, the minister predicted.

He said tourism will help enhance the people-to-people relations. "People in Brazil and this region love football. There are many such things that bring both peoples closer," Neto said.