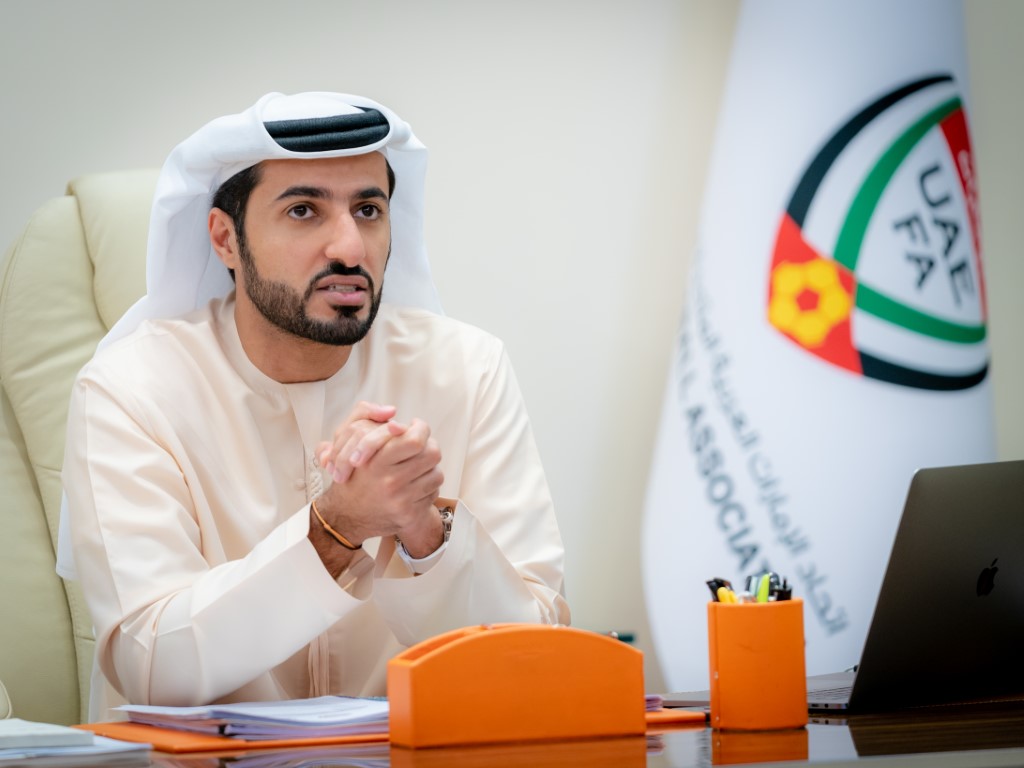 DUBAI, 14th October, 2021 (WAM) -- H.H. Sheikh Rashid bin Humaid Al Nuaimi, Chairman of the UAE Football Association (UAEFA), reiterated his confidence in the players of the UAE National Football Team, lauding their efforts during training camps and matches and their devotion and dedication to fulfilling the aspirations of Emirati football fans.

Sheikh Rashid denounced the criticism faced by the players, who have achieved successes for Emirati football, noting their losses in some matches are not an excuse for people to criticise them in a way that contradicts the values of the Emirati community. He also called on the public to commit to constructive criticism and not discourage the players.

Sheikh Rashid said a committee is preparing all national sports teams to participate in all competitions, noting UAEFA has established a strategy that considers many factors, including enhancing the image of teams, which takes time and patience.

The association’s board is keen to support all national teams, most notably the first team, he added while thanking the members of the public who support the national team and lift the morale of its players.