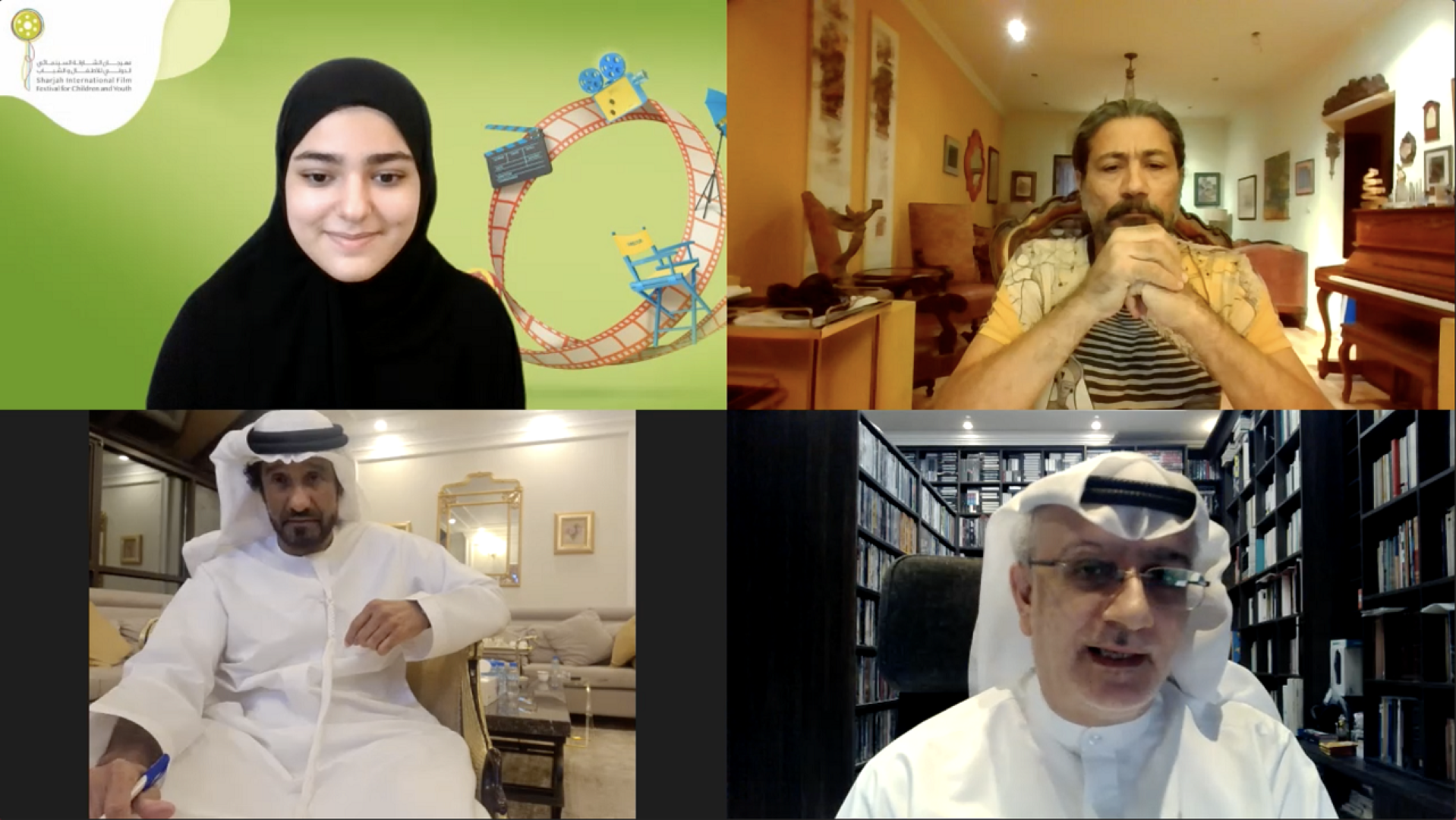 SHARJAH, 16th October, 2021 (WAM) -- The Sharjah International Film Festival for Children and Youth (SIFF) plays a pivotal role in paving the way for aspiring young filmmakers and promoting a vibrant cinema culture through its platform, said participants at a panel discussion before the event’s conclusion yesterday.

The 8th edition drew to a close after a successful six-day run, virtually.

Moderated by a junior juror at SIFF 2021, Batoul Al-Tamimi, the panel, titled "Role of festivals in promoting films", featured Emirati filmmaker, Amer Salmeen; Ahmed Al Mulla, Director and Founder of the Saudi Film Festival; and Emirati cinematographer Masoud Amralla Al Ali, who lauded the efforts of SIFF to empower children and youth with creative perspectives through exposure to global cinema, training in varied media arts and promoting healthy competition among them.

Noting the impact of hundreds of films, particularly animation, and workshops offered by SIFF to stimulate young imaginations, Al Ali said that the festival has been nurturing a deep love and understanding of cinematic arts in children and youth.

On the role of festivals in promoting films, he said they incentivise filmmakers to push their creative boundaries and help attract global audiences to their creative product.

He emphasised that these festivals in the UAE and across the Gulf Cooperation Council have played exactly this role over the past 20 years.

Al Mulla said the film industry's future in the Kingdom of Saudi Arabia is promising, as it is gearing up to deliver a new wave of homegrown cinema poised to create a positive artistic impact on both audiences and festivals.

He went on to appreciate SIFF’s strategy in broadening the creative and artistic horizons of future filmmakers. "As soon as any film festival announces their screening list as well as award nominations, the selected films are immediately put under the spotlight and become a must-watch for cinema lovers. For this reason and several others, film festivals are a valuable marketing tool."

For Salmeen, film festivals are incubators of talent, sources of invaluable knowledge, and platforms of vibrant creative exchange.

He also noted that these events had played a significant role in popularising documentaries and short films, which are not marketed as mainstream cinema. Another reason for their increasing popularity is the digital streaming platforms and satellite channels that support and promote their production.

The panellists also emphasised the importance of creating films from the Arab world, highlighting local and regional culture to transform Arab viewers from consumers of other cultures to learn more about their own.

They noted the importance of utilising the latest technologies to advance the quality and global appeal of their work too to bring it up to international standards.