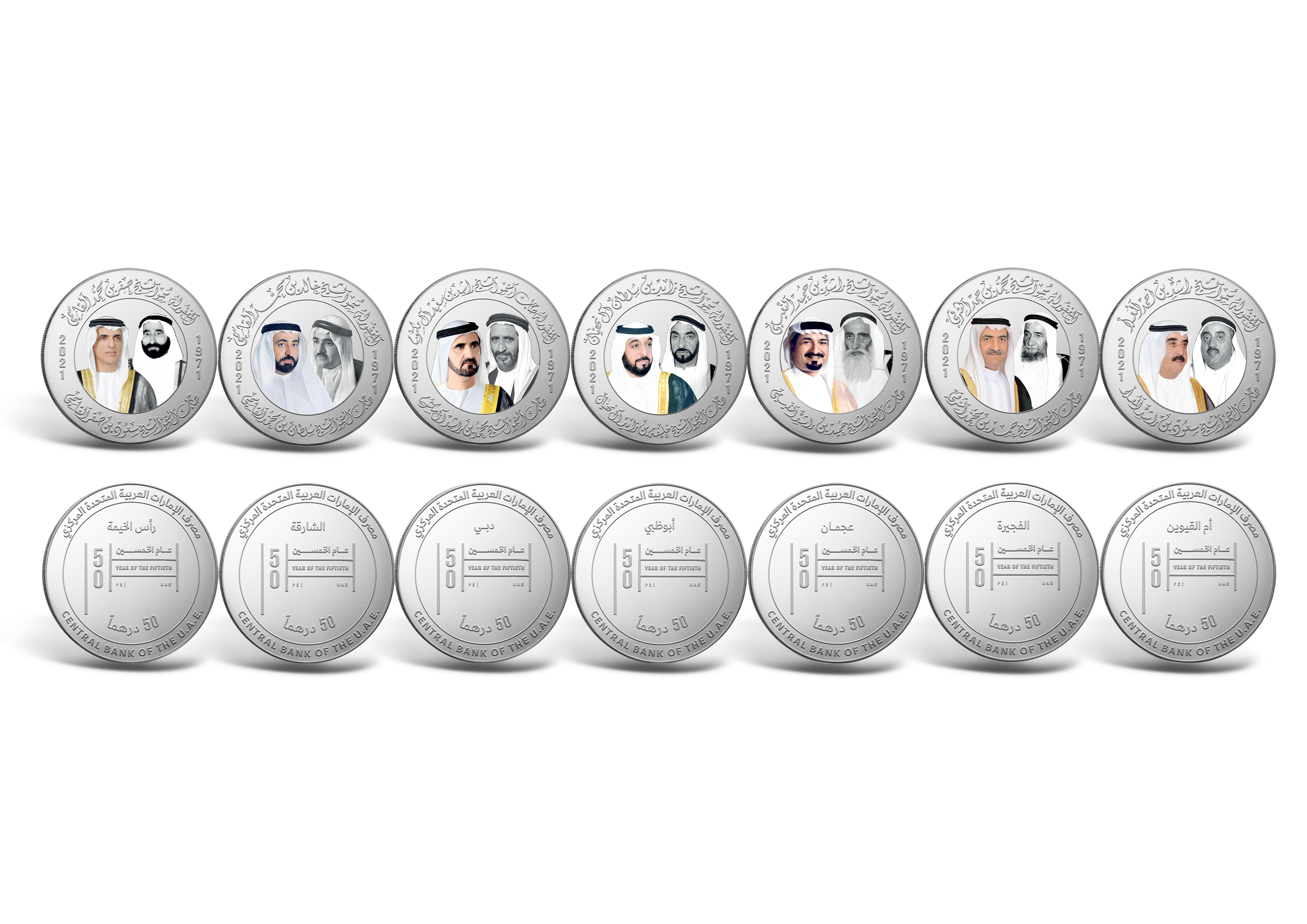 ABU DHABI, 29th December, 2021 (WAM) -- The Central Bank of the United Arab Emirates (CBUAE) announced the issuance of seven commemorative silver coins in one set to mark the 50th anniversary of the founding of the Union of the UAE Federation, and in honour of the founding fathers, led by the late Sheikh Zayed bin Sultan Al Nahyan.

The CBUAE will issue 3000 sets comprising seven silver coins, each of which is worth AED50 and weighs 28 grammes. The front face of the coin will bear a black and white image of one of the founding fathers and another colour image of Their Highnesses, the members of the Supreme Council of the Union, the current rulers of the Emirates. The reverse side of the seven coins will bear the fiftieth year logo, surrounded by the name of the Central Bank of the UAE in Arabic and English, in addition to the nominal value of the coin (AED50).

The sets of seven commemorative silver coins will be available for sale at the CBUAE headquarters and its branches until stock runs out, at a price of AED2000, from Monday, corresponding to 3rd January 2021.

On this occasion, Khaled Mohamed Balama, Governor of the CBUAE, commented, "This coin issuance honours the founding fathers for their significant role in establishing the Federation of the Seven Emirates, and in line with the current wise leadership’s to continue the legacy of the founders in building a nation to which we are proud to belong."