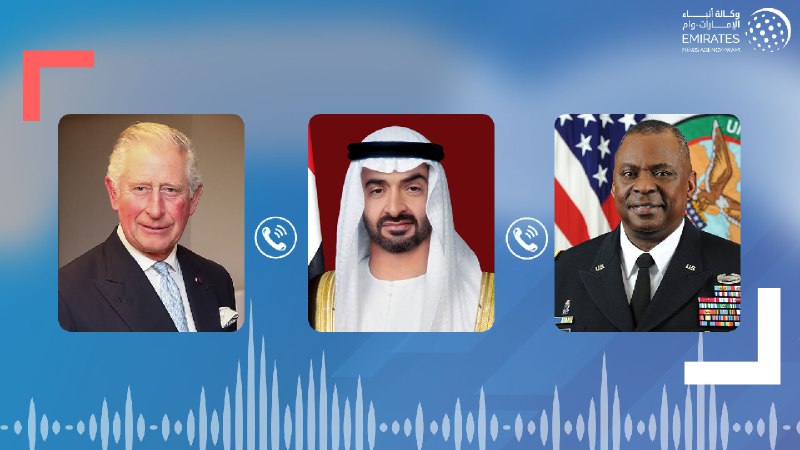 Prince Charles and Austin also congratulated President His Highness Sheikh Mohamed bin Zayed on his election as UAE President and wished him good luck as well as further progress and prosperity for the UAE under his leadership.

His Highness Sheikh Mohamed bin Zayed extended thanks and appreciation to Prince Charles and the US Secretary of Defence for their warm feelings towards him, the UAE, and its people.