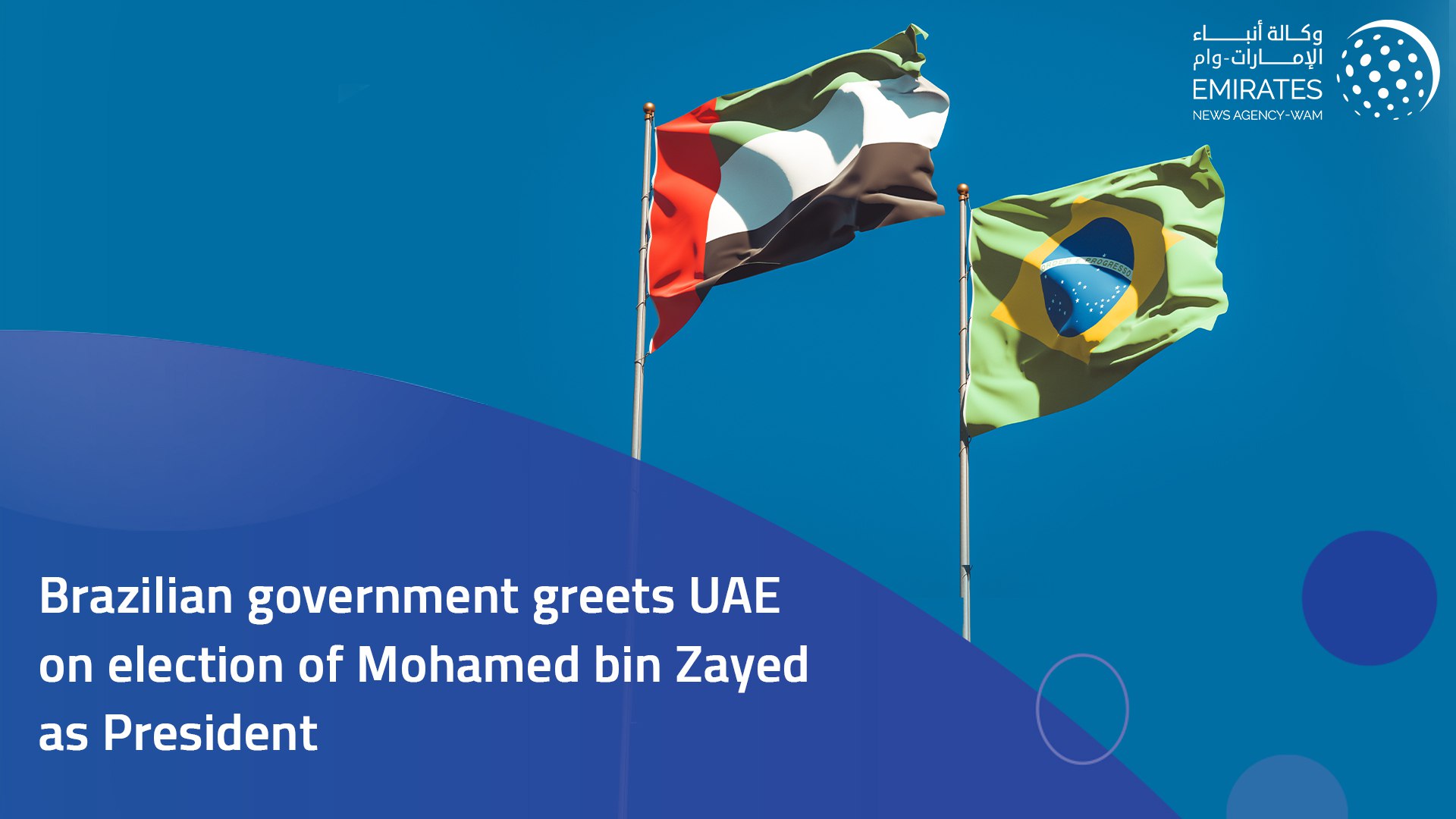 BRASÍLIA, 16th May, 2022 (WAM) -- The Brazilian government has sent a congratulatory message to the government and people of the United Arab Emirates on the election of His Highness Sheikh Mohamed bin Zayed Al Nahyan as the new president.

In a statement on its official twitter account, the government said that Brazil and the UAE have maintained a strategic partnership since 2019, which has resulted in substantial growth in bilateral trade and investment between the two nations.