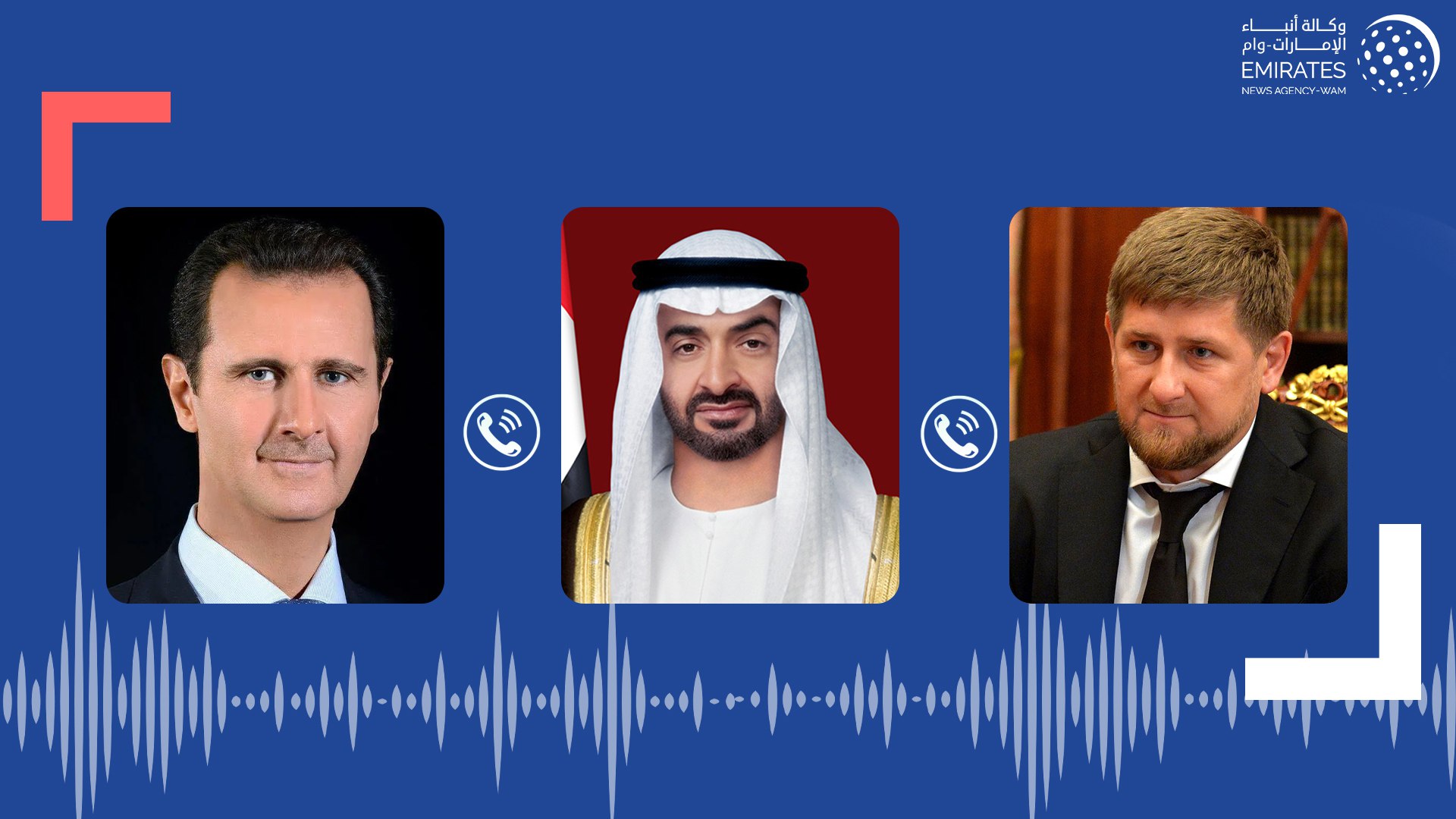 The two leaders noted the virtues of the late president, and his track record of national achievements.

For his part, President His Highness Sheikh Mohamed thanked the two leaders for their sincere feelings, wishing their countries more development and prosperity.