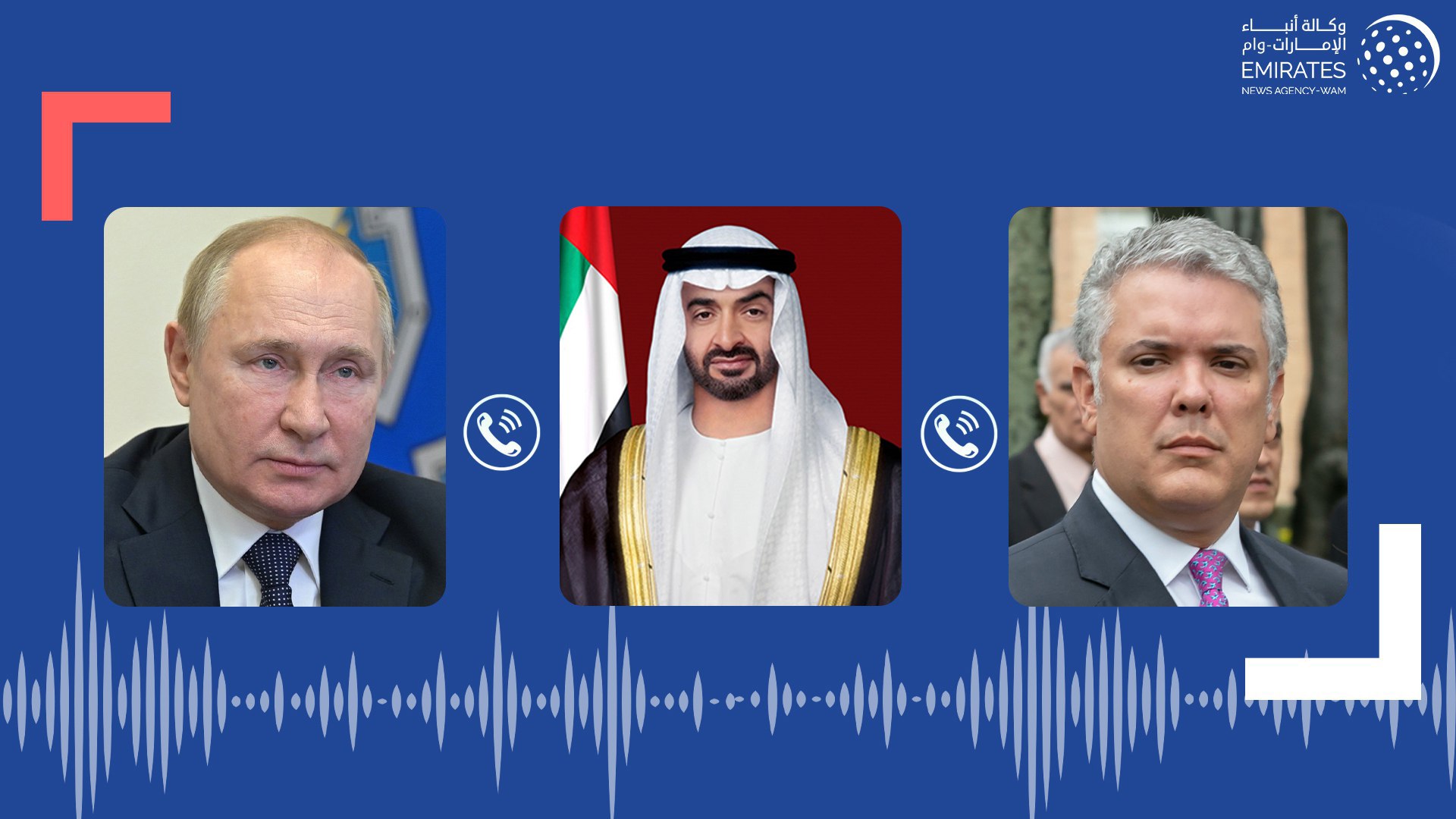 During the call, Putin renewed his congratulations on election of Sheikh Mohamed as UAE President, saying he is looking forward to expanding cooperation with Sheikh Mohamed in consolidation of the solid ties between the nations.

President Márquez likewise congratulated Sheikh Mohamed on his presidential election, stressing his country's willingness to enhance cooperation with the UAE across all fields.

For his part, Sheikh Mohamed thanked the two leaders for their sincere feelings, wishing their countries more development and prosperity