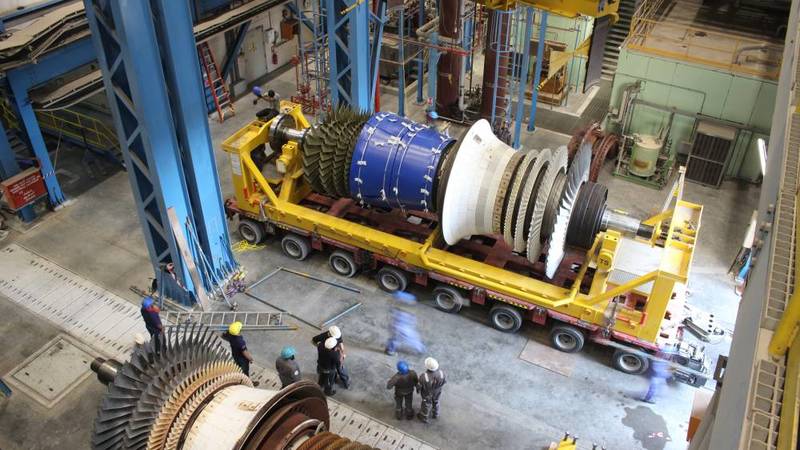 DUBAI, 23rd August, 2022 (WAM) -- Dubai Electricity and Water Authority (DEWA) has announced breaking its own world record in major inspection outage duration for the overhaul of gas turbines and desalination units, recorded in 2019.

This achievement promotes DEWA’s position as a globally leading sustainable model for overhauling gas turbines and desalination units. DEWA has reduced the maintenance outages for critical inspection operations from 11 days to 9 days, which is a reduction in the maintenance duration of 18 percent, compared to the previous world record achieved and an 84 percent decrease compared to 2006. This has helped DEWA achieve 99.51 percent and 99.83 percent availability in the summer of 2021 for the E-Class and the F-Class fleet of Gas Turbines (GT), respectively, which is one of the highest percentages worldwide.

DEWA sustained its global record in the maintenance of desalination units from 21 days to 10 days. These records resulted in increased availability of 21 days for each major inspection of F-Class GT, which is equivalent to AED3.55 million average cost savings per GT per major inspection.

Besides providing electricity and water services according to the highest availability, efficiency and reliability standards, this step contributes to DEWA’s environmental efforts by reducing carbon dioxide emissions by 49,329 tonnes per year in addition and reducing operational and maintenance costs.

Saeed Mohammed Al Tayer, MD & CEO of DEWA, highlighted DEWA’s commitment to achieving the wise leadership’s vision to make Dubai a role model for the efficiency, reliability, and availability of water and energy. DEWA also plays a role in consolidating Dubai’s leadership in providing an advanced infrastructure according to the highest international standards to achieve sustainable development and make Dubai a hub for entrepreneurs and investors worldwide. This is in addition to achieving the happiness of citizens, visitors and residents.

"We strive to continue implementing programmes, plans and projects that increase global competitiveness, in accordance with the vision of His Highness Sheikh Mohammed bin Rashid Al Maktoum, Vice President, Prime Minister and Ruler of Dubai, in achieving leadership and the first place in all areas. This helps achieve the UAE Centennial 2071 to make the UAE the world’s leading nation. DEWA adopts the latest technologies in energy production, transmission and distribution. The smart grid is a key component of DEWA’s strategy to develop an advanced infrastructure. DEWA’s application of the latest Fourth Industrial Revolution technologies and disruptive technologies, including artificial intelligence (AI), Unmanned Aerial Vehicles and other innovative technologies, redesign of operations, engineering, and solar power generation technologies, as well as clean water desalination, improved the efficiency of generation by 37.63 percent in 2021 compared to 2006, has led to significant financial savings. Our Space-D programme ensures the reliability and operational efficiency, including preventive maintenance of electricity and water," Al Tayer added.

"The Jebel Ali Power Plant and Water Desalination Complex, the largest single-site complex for energy generation using natural gas in the world, according to Guinness World Records, adopts the best global technologies, the latest advanced smart devices and highly accurate technical systems led by national competencies with the best capabilities. Human resources are the most important ingredient of the Generation division at DEWA. The percentage of Emiratis in the leadership positions is 100 percent," said Nasser Lootah, Executive Vice President of Generation at DEWA.

The generation division at DEWA has achieved global leadership in its operation and performance. McKinsey has ranked DEWA among the best five stations in the world in an evaluation that included more than 60 international companies with electricity and water plants. The fuel heat utilisation reached between 80 and 90 percent, among the world’s highest rates.