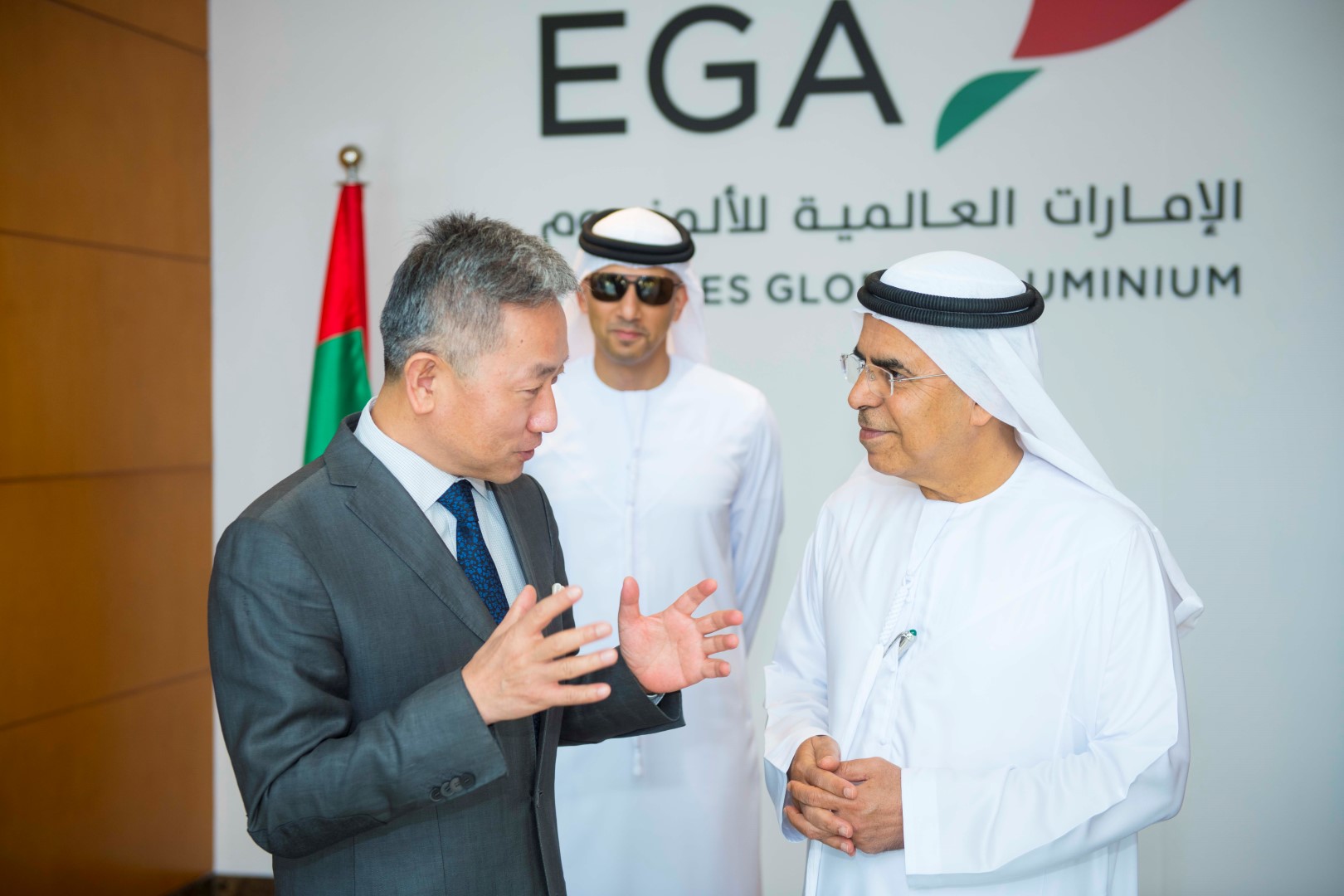 ABU DHABI, 13th September, 2022 (WAM) -- Emirates Global Aluminium (EGA), the largest industrial company in the United Arab Emirates outside oil and gas, welcomed the Ambassador of the People's Republic of China to the UAE Zhang Yiming to the company’s Jebel Ali site in Dubai.

Abdulla Jassem Kalban, Managing Director of EGA, received the Ambassador and his delegation.

China is the largest single market for EGA’s bauxite, the ore from which aluminium is derived. EGA ships bauxite directly to China from its mining operation in the Republic of Guinea. Last year, EGA procured some US$616 million of goods and services from China, from 55 different companies.

A Chinese company, SEPCOIII, was the subcontractor for the construction of the H-block power plant and the main EPC contractor for the reverse osmosis water plant at EGA’s Jebel Ali site. Ambassador Zhang met Chinese employees of SEPCOIII at the project site to exchange mooncakes to mark the Mid-Autumn Festival, a traditional Chinese cultural celebration.

"I am very pleased to see that as a leading company in the aluminium industry, EGA has great cooperation with SEPCOIII which has achieved mutual benefits and win-win results. I hope that there will be more Chinese enterprises that can strengthen cooperation with high-level enterprises in the UAE such as EGA. We also welcome EGA to invest in China and share the dividends of the new round of reform and opening up in China," Ambassador Yiming said.

For his part, EGA's Managing Director commented, "Chinese companies have been important partners for EGA for decades, and we were pleased to welcome the Ambassador to Jebel Ali on the occasion of the Mid-Autumn Festival. We look forward to strengthening our cooperation with Chinese companies over the years ahead, in line with the economic relationship between our two countries."

Zaher Al Habtari, Executive Vice President Capital Projects, Alumina & Bauxite, EGA, noted, "EGA has done business with Chinese suppliers for more than 25 years and is the second largest imported bauxite supplier of the Chinese market. We welcome the visit of the Ambassador to Jebel Ali and look forward to future opportunities for collaboration."