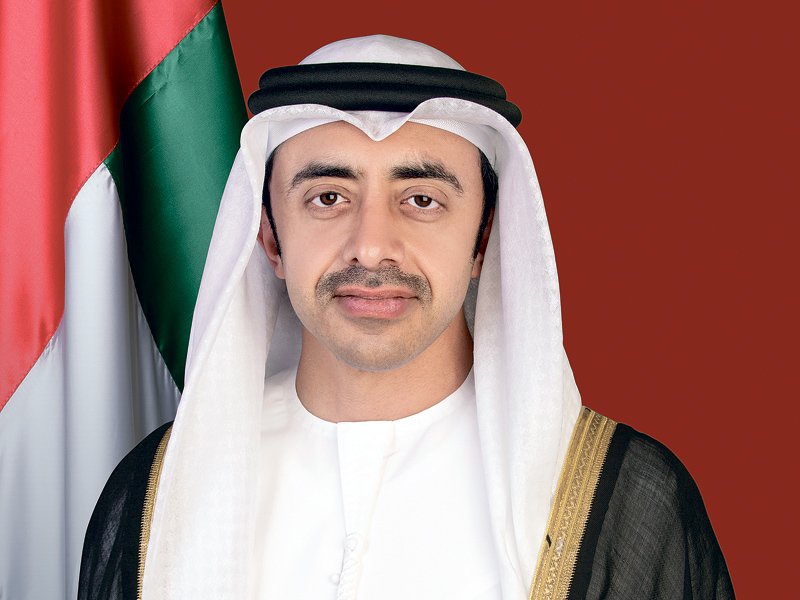 ABU DHABI, 20th September, 2022 (WAM) -- H.H. Sheikh Abdullah bin Zayed Al Nahyan, Minister of Foreign Affairs and International Cooperation, has met with a number of representatives of the American Jewish Committee on the sidelines of the 77th UN General Assembly in New York.

During the meeting, the parties discussed issues of common interest related to the agenda of the UN General Assembly, the developments in the Middle East and ways to achieve peace, security and stability to achieve the peoples' aspirations for development and prosperity.

H.H. Sheikh Abdullah bin Zayed also reviewed with representatives of the American Jewish Committee the role of the Abraham Accords in achieving peace and stability in the region.

Sheikh Abdullah highlighted the essential role of the Jewish Committee in supporting all efforts to achieve peace and consolidate the pillars of security and stability in the region, praising their efforts and initiatives to promote interfaith dialogue and spread the values ​​of tolerance and coexistence.

Representatives of American Jewish Committee valued the UAE’s pioneering efforts in advocating the values ​​of tolerance, coexistence and human brotherhood across the world, noting that the Abraham Accords signed between the UAE and Israel two years ago constituted a historic step that must be built upon to achieve peace in the region and strengthen cooperation for a prosperous security future.

The meeting was attended by Yousef Al Otaiba, UAE Ambassador to the United States.