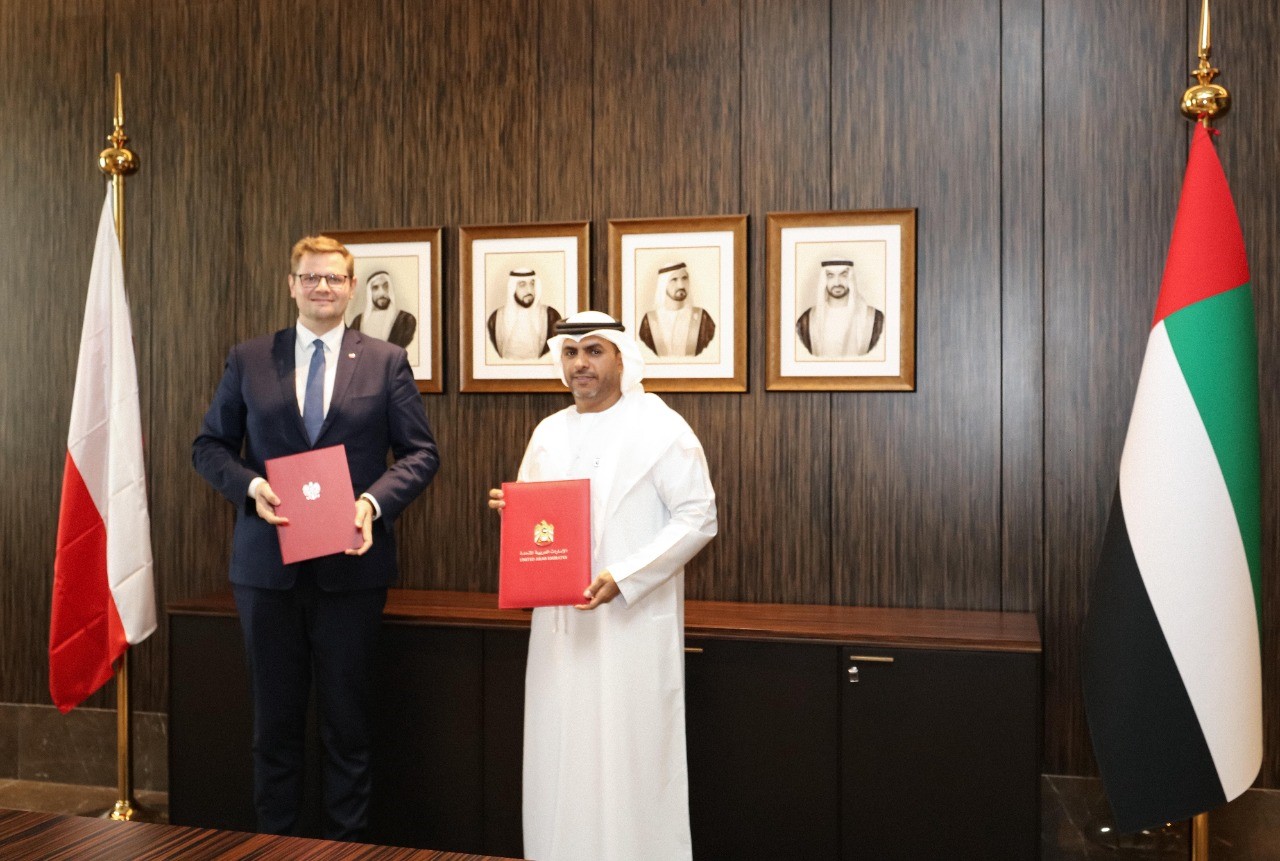 ABU DHABI, 22nd September, 2022 (WAM) -- The United Arab Emirates and the Republic of Poland have signed a comprehensive agreement in the judicial and legal fields, relating to the extradition of criminals, transfer of convicts and assistance in criminal matters.

The agreement was signed in Abu Dhabi by Abdullah bin Sultan bin Awad Al Nuaimi, Minister of Justice, and Michał Woś, Minister of State in the Polish Ministry of Justice, in the presence of Jakub Kacper Sławek, Ambassador of the Republic of Poland to the UAE; Abdul Rahman Al Hammadi, Acting Under-Secretary of the Ministry of Justice; and Judge Abdul Rahman Murad Al Balushi, Acting Assistant Under-Secretary for Legal Affairs.

During the signing ceremony, Minster Al Nuaimi lauded the UAE-Poland strong relations, reaffirming the UAE's keenness to strengthen their cooperation across various judicial and legal domains, including agreements for extradition, transfer of convicts, and assistance in issues criminal.

He also noted the Ministry's commitment to implement the agreement and continue joint work to ensure benefit between the two countries.

Al Nuaimi added that signing this agreement enhances the achievement of justice in the areas of combating money laundering, terrorist financing, human trafficking, drug smuggling and organised crime, pointing to the importance of exchanging experiences and following up on the implementation of joint agreements to serve justice.

For his part, Minister of State Michał Woś praised the efforts that resulted in the signing of the agreement between the two sides, noting to the strong judicial relations with the UAE. "We are pleased with the signing of the bilateral cooperation agreement in the legal and judicial domains, which will continue to be supported and strengthened to serve the interests of the two friendly countries," he said.