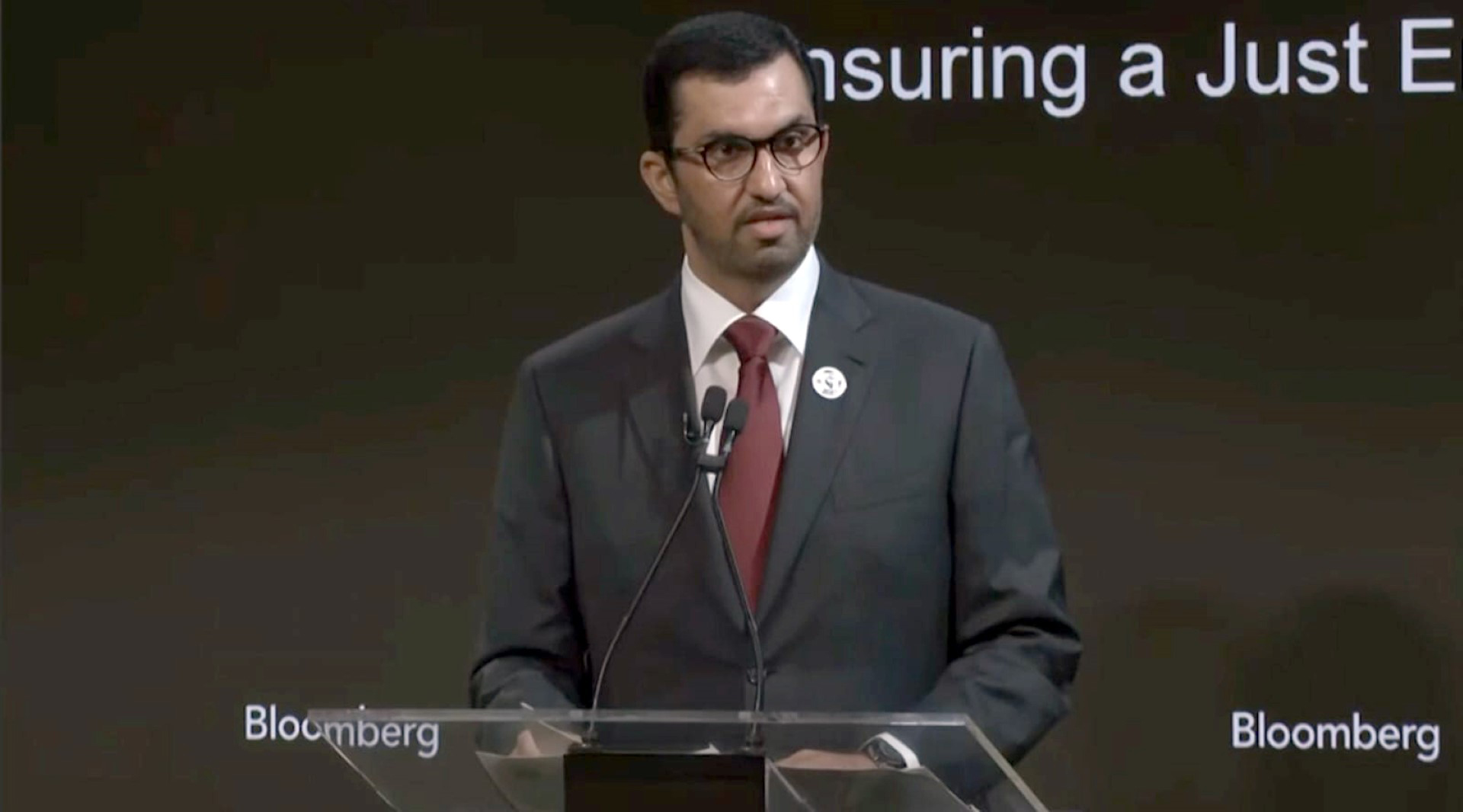 In his keynote address Dr. Al Jaber remarked that the energy transition needs a realistic, practical and economically viable plan in order to succeed in delivering climate progress together with energy security and economic growth.

"Globally, there are less than one and half million barrels of spare oil capacity, that’s less than 2% per cent of global consumption. In a world where markets may face further disruption, that doesn’t give us a lot of room to maneuver. In fact, it is a recipe for disaster, when what we need is a recipe for progress."

Dr. Sultan added, "The fundamental challenges of the energy transition are as follows:

-One. How to ensure economies move forward, while putting the brakes on emissions.

-Two. How to maintain energy security and climate progress at the same time.

-And three: How to make sure that no one gets left behind. I believe we can, we must, and in fact we have no other option, but to solve these challenges together."

"Before looking for solutions, we have to recognise that the current energy system is vast, complex and multi-faceted. And transitioning to a new energy system needs a system-wide response. It needs measured, practical and sober planning.

In short, we need a realistic strategy to keep the increase in global temperatures within 1.5 degrees, while expanding access to affordable energy."

The minister welcomed the fact that wind and solar energy had accounted for over 80 per cent of all new power generating capacity last year, demonstrating that the power sector is shifting rapidly to renewable sources. However, he reminded the audience that hard to abate sectors that consume the most energy are still very reliant on conventional sources.

Dr. Al Jaber noted, "Much more investment is needed in mitigation technologies and zero carbon energies that can effectively transition heavy industry, manufacturing, construction, transportation, and agriculture. The funding gap here is wide, and it’s important to understand the numbers. While global investment in renewable energy exceeded 365 billion dollars last year, less than 5 per cent of that amount was invested in energy storage, carbon capture, and the hydrogen value chain. This is simply not enough. In fact, according to some industry estimates, the energy transition will require more than 200 TRILLION dollars over the next thirty years- that’s more than six trillion dollars every year. Clearly no single country or corporation can foot this bill."

Dr. Al Jaber emphasized that the expansion of renewables and decarbonization of existing hydrocarbons had to happen in parallel. With renewables constituting only 4% of the global energy mix, oil and gas remain essential to meeting global energy needs.

A regional leader in renewable energy, the UAE has invested $50 billion in renewable energy projects across 70 countries, with plans to invest a further $50 billion in the years to come. The UAE is home to three of the world’s largest single-site solar plants and plays host to the International Renewable Energy Agency (IRENA). At the same time, the UAE is leading efforts to decarbonize the hydrocarbon industry, investing heavily in carbon capture and storage, as well as exploring other innovative technologies.

Dr. Al Jaber’s remarks to the Bloomberg Emerging Frontier Forum come at time when the world is facing increased energy insecurity combined with mounting pressure to better tackle the threat of climate change. With its vast experience in energy, encompassing both conventional oil and gas as well as renewables, and its leadership in climate action, the UAE is well placed to help shape the global energy transition going into COP28 UAE.

The COP28 UAE climate summit, set for Dubai Expo City in November 2023, will also see the conclusion of the first ever Global Stocktake on the Paris Agreement, a ‘report card on progress’. Dr. Al Jaber noted that a just energy transition would be central to addressing gaps and accelerating progress.

"Success depends on adopting the latest technologies to drive down the emissions of the energies we use today, while creating the energies of tomorrow. Success means leaving no one behind, and making progress and prosperity available to all, not just a few. And success requires a comprehensive approach that includes all the stakeholders who can affect the outcome, in particular the energy industry. Because, at the end of the day, the energy transition represents the most complex, capital intensive, engineering project in history. And no one knows more about delivering complex, capital-intensive engineering projects than the energy industry."