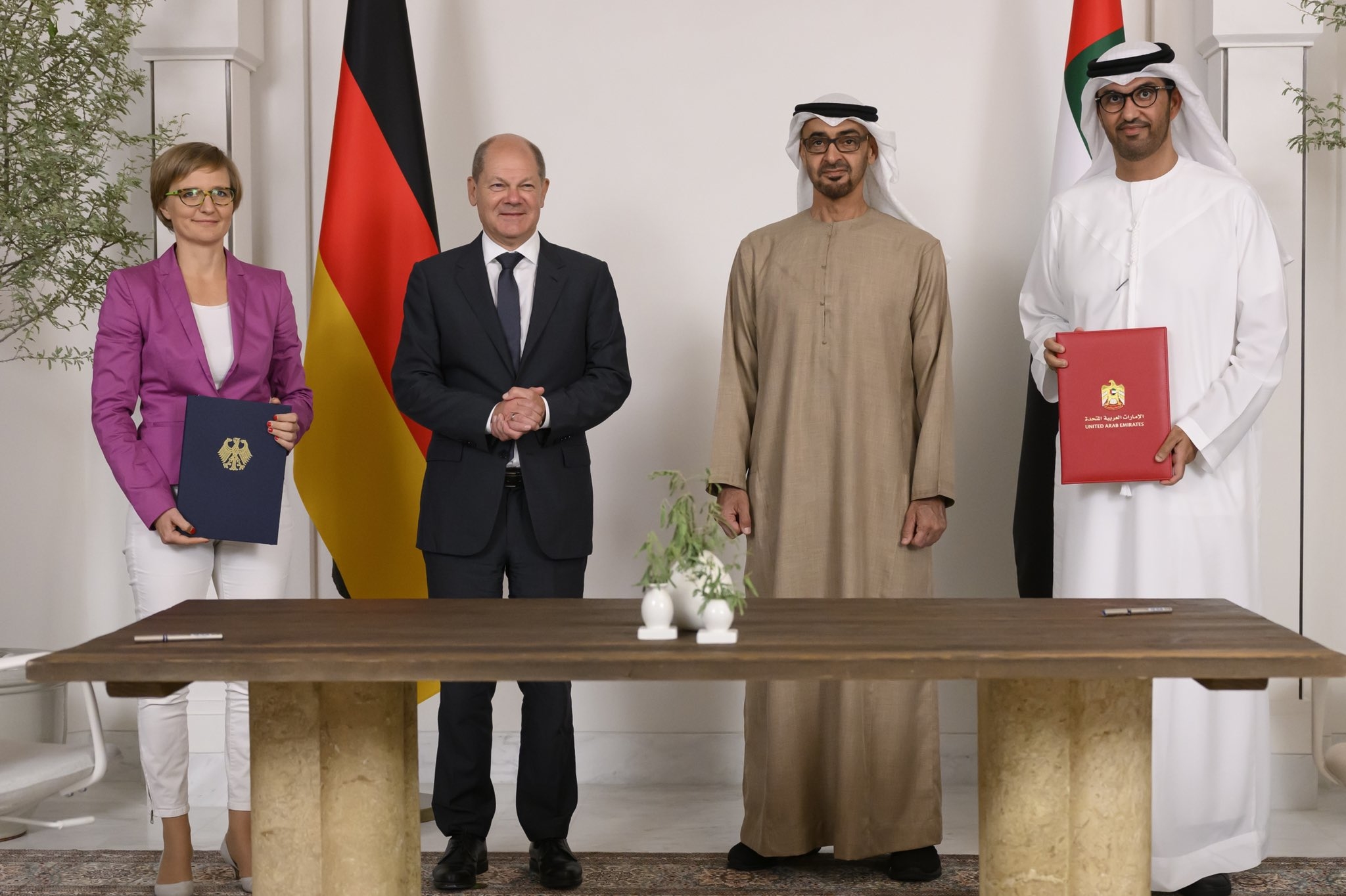 As part of the agreement, Abu Dhabi National Oil Company (ADNOC) has entered into an LNG supply agreement with RWE AG (RWE), with ADNOC providing an LNG cargo for delivery in late 2022, to be used in the commissioning of Germany’s floating LNG import terminal at Brunsbüttel. In addition, ADNOC has reserved a number of further LNG cargos exclusively for German customers in 2023.

ADNOC has also entered into a number of agreements with German customers, including Steag GmbH (Steag) and Aurubis AG (Aurubis) for demonstration cargos of low-carbon ammonia, a carrier fuel for hydrogen that can play a critical role in decarbonizing hard-to-abate industry sectors. The first of these cargoes arrived in Hamburg earlier this month. Under the proposed ESIA, both countries anticipate to explore further opportunities to accelerate growth and collaboration across the hydrogen value chain.

Furthermore, Masdar, the UAE’s renewable energy champion, will be actively exploring opportunities in the offshore wind markets in the North Sea and Baltic Sea in Germany that could generate up to 10GW of renewable energy production capacity by 2030 subject to the necessary German policy and regulatory requirements being met between the two nations.

Finally, it was announced that ADNOC had completed the UAE’s first ever direct diesel delivery to Germany in September 2022, and has agreed the terms with Wilhelm Hoyer GmbH & Co. KG (Hoyer) to supply up to 250,000 tons of diesel per month in 2023.

Olaf Scholz said: "I welcome the signing of the joint declaration of intent on the "Energy Security and Industry Accelerator - ESIA". Through ESIA, we enable the swift implementation of strategic lighthouse projects on the focus areas of renewable energies, hydrogen, LNG and climate action."

Dr. Sultan Al Jaber said: "This landmark new agreement reinforces the rapidly growing energy partnership between the UAE and Germany. As we embrace the energy transition, ADNOC is fully committed to accelerate and invest in projects of energy security, decarbonization and climate action as we continue to be a responsible and reliable provider and trusted exporter of low-carbon energy."

Robert Habeck, Vice Chancellor and Federal Minister for Economic Affairs and Climate Action, said: "We highly welcome the acceleration of joint lighthouse projects in the field of climate action, decarbonisation and energy security. We look forward to closely collaborate on offshore wind, other renewables and hydrogen in the UAE and in Germany."

ADNOC has long been a responsible and reliable provider of energy products to customers globally. The company was the first LNG producer in the Middle East and has over 40 years’ experience in the LNG market. It is currently in the midst of a major expansion of its natural gas business, accelerating production to meet both domestic and international demand.

Abu Dhabi’s oil and gas resources have some of the lowest carbon intensity in the world. ADNOC’s flagship crude oil, Murban, has less than half the carbon intensity of the industry average and the company is delivering on its plans to reduce the carbon intensity of its operations by a further 25% by 2030. Murban crude is freely traded on the ICE Futures Abu Dhabi (IFAD) exchange, where it is sold as a destination free crude oil to buyers from around the globe.