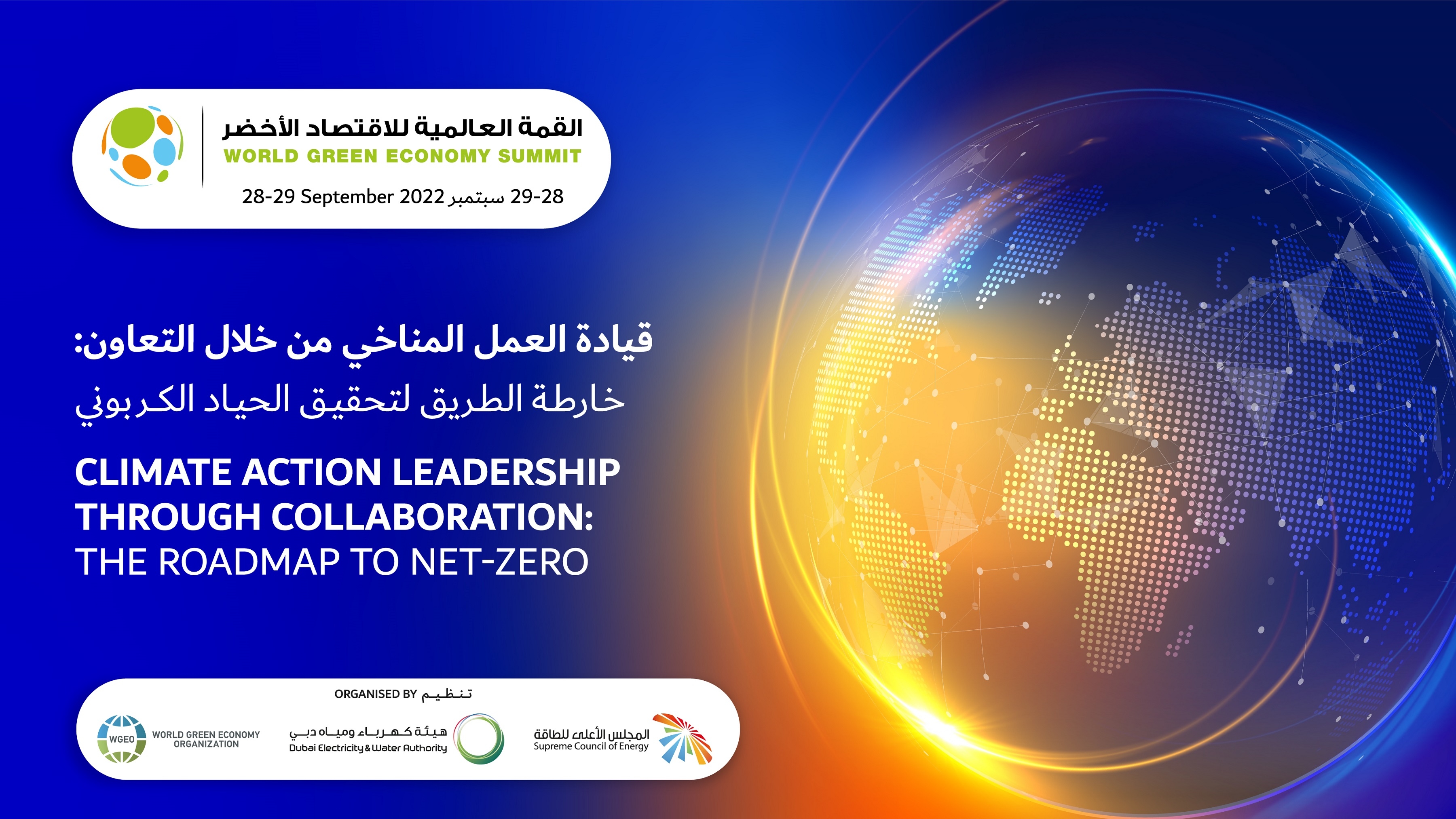 DUBAI, 25th September, 2022 (WAM) -- The world is at a crucial turning point where, if meaningful action is not aggressively pursued, climate change will have devastating consequences for the survival of the planet and the human race. Though concrete steps have been taken in the last few years to combat these adverse effects, this challenge requires expanded initiatives, strengthening international cooperation, and accelerating the pace of climate action.

Experts estimate a 400% increase in the frequency of destructive weather events in the last seven years alone. Greenhouse gas (GHG) emissions from human activities continue to rise, which according to the UN, are now at their highest levels in history. This situation has exacerbated climatic conditions that have affected the entire planet, especially the poorest and most vulnerable communities.

"Climate change has affected the entire world. It poses massive challenges for all countries. Any rise in emissions in one part of the world affects everyone else on the planet. Thus, an international collaborative effort needs to be in place that will develop solutions and coordinate significant action on the ground to ensure all countries move towards a low-carbon economy," said Saeed Mohammed Al Tayer, Vice Chairman of the Dubai Supreme Council of Energy, MD & CEO of Dubai Electricity and Water Authority (DEWA) and Chairman of the World Green Economy Organization (WGEO).

WGES will take place on 28-29 September at the Dubai World Trade Centre.

"WGES is part of the UAE’s contribution to the global community’s collective effort to identify and develop sustainable initiatives to help the world transition into a green economy. It is also an important pillar of the UAE’s preparations to host the 28th Conference of the Parties (COP28) in November 2023. Equally important, WGES reflects the UAE’s effective and influential role in achieving sustainable, low-carbon economic growth and ensuring a better future for humanity," added Al Tayer.

"What is currently needed is an international framework that will facilitate knowledge-sharing and cooperation to ensure that these solutions are scaled up to have a greater impact so that their intended benefits can be shared by the global community," continued Al Tayer.

Many other innovative solutions have been developed and are currently being implemented across the globe to help countries transition into cleaner and more sustainable economies.

"At the Summit, we will seek to define the path towards a community that is driven by renewable energy. We will involve all members of society, especially the youth, so they can contribute actively to delivering a more sustainable future," Al Tayer concluded.

In an emphatic display of cooperation which underscored the urgency of addressing the critical challenges of climate change, countries from around the world adopted the Paris Agreement in 2015, calling on all signatory nations to work towards limiting the rise of global temperatures to below two degrees Celsius.

At the COP15 in Copenhagen in 2009, developed countries committed to a collective goal of mobilising $100 billion per year by 2020 for climate action in developing countries. The goal, formalised at COP16 in Cancun, was reiterated at COP21 in Paris, with the fund mobilisation deadline extended to 2025.

In 2020, a report published by the Organisation for Economic Co-operation and Development (OECD), which tracks the progress of the global fund, shows that USD83.3 billion has so far been mobilised for climate change initiatives, with development assistance going largely to Asian and middle-income countries to finance various climate change programmes.

In the UK, enacting the Climate Change Act several years ago has helped the country reduce its emissions and prepare for the impact of climate change, with legally binding emissions targets for 2050. Widely acclaimed, the Act assists the UK in delivering sustained reductions in greenhouse gas emissions and their overall climate change initiatives.

Meanwhile, in Australia, the Clean Energy Finance Corporation was set up in 2012 to help scale up investment in clean energy projects, thereby contributing to the country’s transition to a low-carbon economy. The corporation is widely regarded to have helped overcome barriers to private investment in low-emission solutions and cleantech in Australia.

UAE’s contributions to climate change action In December 2020, the UAE submitted its nationally determined contribution (NDC) to the Secretariat of the UN Framework Convention on Climate Change, with commitments that focus on climate change mitigation and adaptation. In particular, the Emirates has pledged to reduce its GHG emissions by 23.5 per cent by 2030.

By introducing new regulatory frameworks and formulating innovative solutions, the UAE is on track to achieving an absolute emission reduction of about 70 million tonnes in the next eight years. Towards this end, the country has recently established the Arab world’s first commercial-scale carbon capture, use and storage network. This technology will help immensely with the realisation of the UAE’s GHG emissions targets and ultimately in mitigating climate change.

In addition, the UAE has invested over $40 billion in clean energy projects locally. Its clean power capacity, including solar and nuclear, is expected to reach 14 GW by 2030.

DEWA has plans to invest AED 40 billion in capital expenditures in five years, including the expansion of renewable and clean energy projects, and the completion of the Mohammed bin Rashid Al Maktoum Solar Park phases. The Solar Park is the largest single-site solar park in the world, with a planned capacity of 5,000 megawatts when completed by 2030.

Looking ahead, the National Climate Change Plan of the UAE 2017-2050 has laid down the framework for the management of GHG emissions, climate change adaptation, private sector-driven innovative economic diversification as well as a commitment to implementing the principles of a circular economy that will benefit not just the UAE, but more importantly will have a far-reaching impact on the global fight against climate change.

The UAE’s commitment to fully supporting an accelerated transition towards a green economy will be reaffirmed at the WGES with the announcement of the 8th Dubai Declaration.

A game-changing platform for global action At the Summit, global thought-leaders, government entities, big business and sustainable finance leaders will convene to share best practices and explore what a green and fair economy should look like in principle and practice.

WGES will also highlight the Middle East region’s efforts to shape the sustainability agenda by promoting effective adaption and mitigation strategies. The selection of Egypt and the UAE to host the COP27 and COP28 summits in 2022 and 2023 respectively, will kick-start 18 months of regional activity, placing the Arab world at the heart of global activities to promote climate action