UAE and Egypt… 50 years of brotherly bonds and strong relations 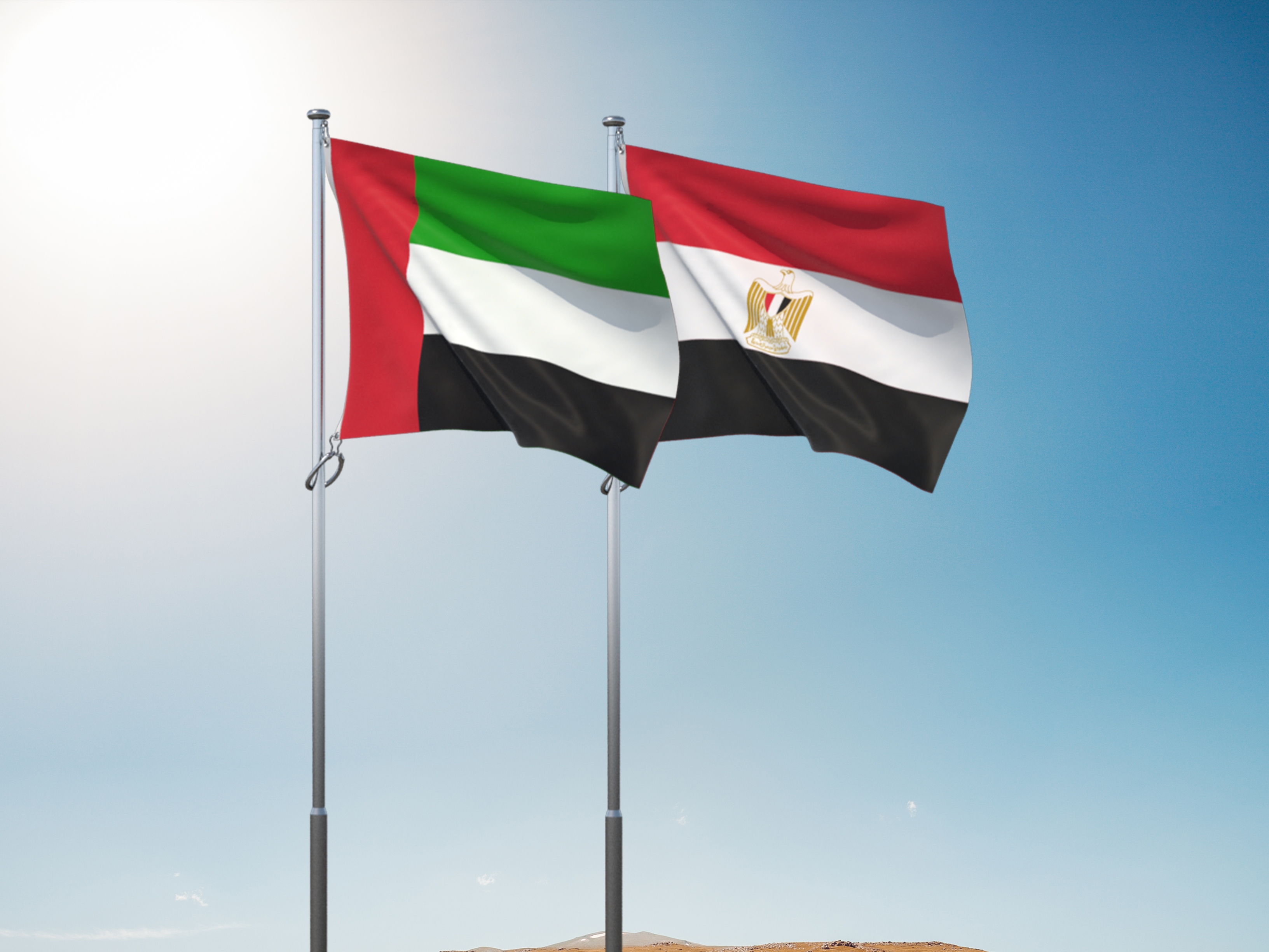 The UAE's late founding father, Sheikh Zayed bin Sultan Al Nahyan, believed in Egypt's position in the Arab world, and its pivotal and pioneering role regionally. He provided the needed support to Egyptians, especially after the 1967 war, where he contributed effectively to the reconstruction journey, leaving an exceptional footprint in all vital and strategic sectors, including the Egyptian Armed Forces.

Back then, the Egyptian President Gamal Abdel Nasser, who was a great supporter of the formation of the Union, sent teachers, engineers and doctors from Egypt, to support the UAE in its journey toward the Union.

After the passing of Abdel Nasser, the Arab Republic of Egypt, led by the president Muhammad Anwar El-Sadat back then, supported the declaration of the Union in 1971, and exchanged visits with the late Sheikh Zayed bin Sultan Al Nahyan who in turn visited Cairo in April 1971 and honored Al-Sadat with the Al Nahyan Scarf.

The two countries have maintained these strong and solid relations across the years. The UAE continues to provide all forms of support to the Egyptian army and people. The image of the late Sheikh Khalifa bin Zayed Al Nahyan supporting the Egyptian army serves as a testament to what the UAE has provided to Egypt.

During the rule of Egyptian President Mohamed Hosni Mubarak, the Emirati-Egyptian relations were marked by mutual respect and political, economic and commercial cooperation.

The leaderships of the two countries exchanged diplomatic visits, and on November 2, 1994, during the visit of the late Sheikh Zayed bin Sultan Al Nahyan to Egypt, the prestigious Egyptian newspaper Al-Ahram published an exceptional issue entitled “Welcome, Egypt’s first lover”, in which a group of Egyptian experts and diplomats were reporting on the role of Sheikh Zayed in supporting Egypt.

The historical relations between the two countries culminated in a number of agreements, including Trade, Economic and Technological Cooperation between the Abu Dhabi Chamber of Commerce and Industry (ADCCI), the Federation of Egyptian Chambers of Commerce and the Abu Dhabi National Oil Company (ADNOC) in 1988, which aimed to enhance trade exchange and encourage investment. The Egyptian-Emirati Business Council (EEBC) agreement was also signed in 1993 to strengthen economic relations between the two countries. It was followed by the 1998 agreement, which includes the establishment of a free trade zone between the UAE and Egypt.
After the passing away of the late Sheikh Zayed bin Sultan Al Nahyan in 2004, the two countries maintained their brotherly ties, which was clearly reflected on various aspects, including politics, economy, trade and culture. Today, the UAE has become the biggest investor in Egypt.

Since 1971, the two brotherly countries shared the same visions and values of peace, coexistence and acceptance. They worked closely to resolve conflicts between countries through political means, diplomatic channels and dialogue.

The United Arab Emirates was the first country to support Egypt in various forums and circumstances. This support extended to the cultural aspect, as it was agreed to open the first external branch of Al-Azhar University in the UAE. This came in addition to the historic signing of the Document on Human Fraternity by His Holiness Pope Francis and His Eminence Grand Imam of Al-Azhar Ahmed Al-Tayeb in Abu Dhabi, United Arab Emirates on February 4, 2019.

Since Abdel Fattah El-Sisi became the President of Egypt in 2014, the two countries are working closely to achieve stability and enhance security in the region, believing it is the best way to build the future in the Arab region.

His Highness Sheikh Mohamed bin Zayed Al Nahyan, President of the UAE, witnessed the inauguration of various new Egyptian military bases, including the opening of the Mohammed Naguib Military Base in July 2017, as well as the opening of the Berenice base on the Red Sea in January 2020. His Highness also attended the opening of The ‘3 July’ Naval Base on the Mediterranean coast last year, which reflects the strength of Emirati-Egyptian relations in all political, economic and military tracks.

His Highness Sheikh Mohamed bin Zayed Al Nahyan follows the path of the late Sheikh Zayed bin Sultan Al Nahyan, who guided his people to always support Egypt. Today, Egyptian President Abdel Fattah Al-Sisi continues to consolidate the Egyptian approach to strengthening the distinguished and solid relations with the UAE at all levels.