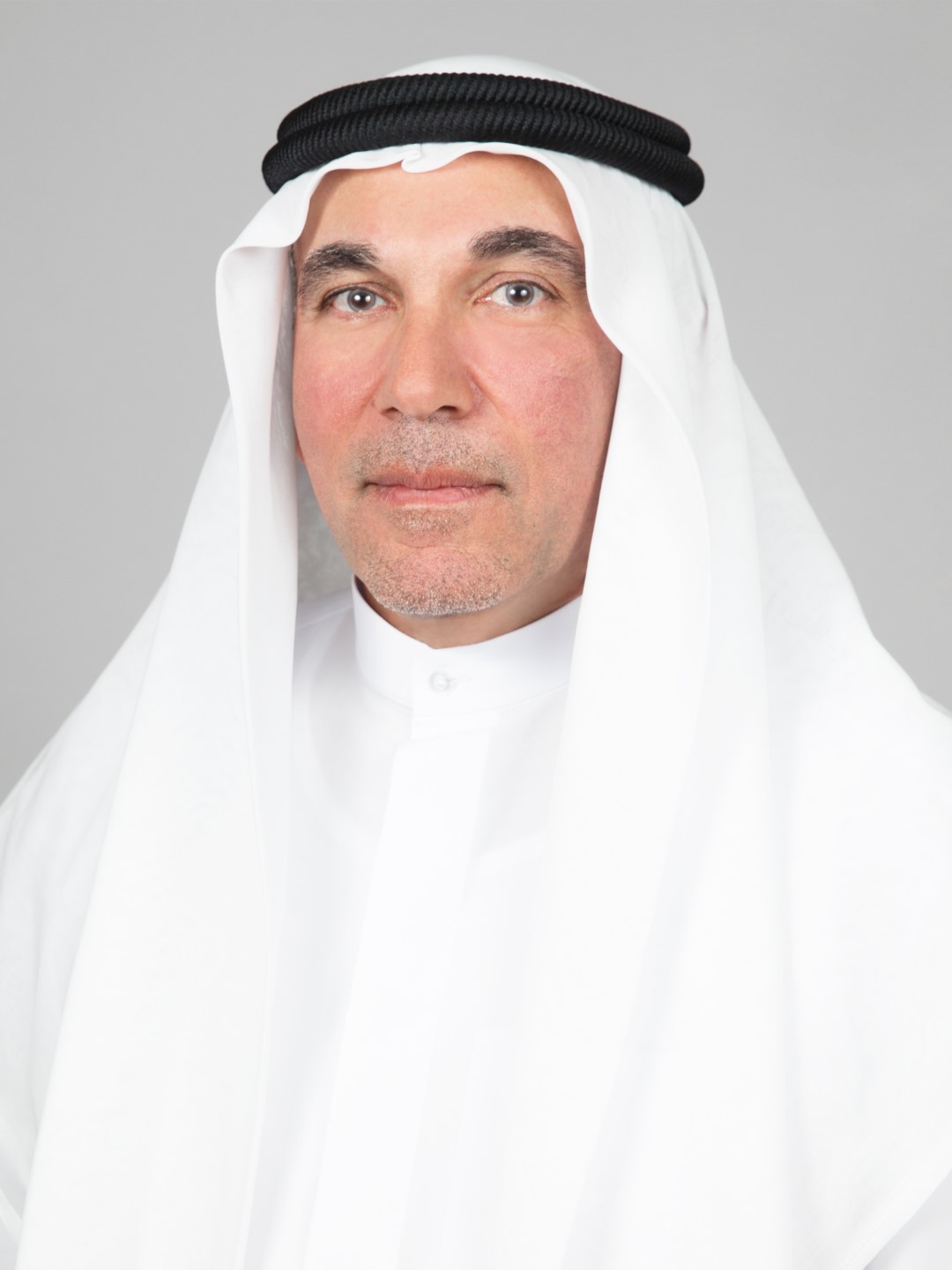 ABU DHABI, 19th October, 2022 (WAM)--The Federal Tax Authority (FTA) asserted that the implementation of Excise Tax has been a great success in all aspects, whether in relation to the implementation mechanisms that have been continuously developed in accordance with international best practices, or in relation to encouraging cooperation from sectors of taxable businesses. Other indicators have also revealed generally positive results, demonstrating that the roll-out of Excise Tax has achieved its main objectives.

The review was part of a press statement the Authority issued to mark the five-year anniversary of the implementation of Excise Tax, which went into effect in the UAE as of 1 October 2017, and was applied to carbonated beverages at a rate of 50%, as well as tobacco products and energy drinks at 100%. As of 1 December 2019, the scope of Excise Goods was expanded to include sweetened drinks, which became subject to a rate of 50%, and electronic smoking devices and tools along with the liquids used within at a rate of 100%, as per Cabinet Decision No. 52 of 2019 on Excise Goods, Excise Tax Rates, and the Methods of Calculating the Excise Price.

The Authority noted that the Committee for Setting and Approving Prices of Excise Goods continues to meet regularly as it is mandated with setting and approving the prices of goods subject to excise tax, identifying and classifying goods, and processing requests from retailers and stores to change prices or the classification of goods in accordance with specific requirements. The Committee held a total of 70 meetings since Excise Tax first went into effect and until the end of the third quarter of 2022.

The FTA’s Director General, His Excellency Khalid Ali Al Bustani, stated that the Authority has made continuous progress on performance efficiency and indicators over the past few years, introducing development projects in all areas of its work in accordance with its plans. The FTA continued its efforts to administer, collect, and enforce federal taxes, adopting seamless, transparent, and clear mechanisms using advanced integrated electronic systems.

The FTA Director General pointed out the growing cooperation and responsiveness from taxable persons with the Federal Tax Authority and their commitment to submitting their tax returns and paying due taxes on time, highlighting the constant communication lines that the FTA maintains with businesses to address any obstacles that may affect their business growth or hinder their tax compliance, and underlining the Authority’s efforts to continuously develop its services and systems to ensure the seamless implementation of the tax system.

Al Bustani added, “over the past five years of implementing Excise Tax in the UAE, the Federal Tax Authority made a series of notable accomplishments and recorded impressive results, which helped enhance the tremendous efforts made to implement the directives of our wise leadership to make the UAE one of the best countries in the world across all sectors, and maintaining the UAE’s advanced and competitive position, is in line with the ‘Principles of the 50’, which are a reference point for working in the government sector over the next five decades, guiding all efforts to build a sustainable economy and channel all resources towards shaping a more prosperous society.”

“The introduction of Excise Tax in the last quarter of 2017 and its expansion in 2019 form part of the government’s policies to preserve public health and its commitment to changing harmful consumption patterns, in an effort to minimise the damage caused by diseases,” H.E. Al Bustani explained. “Excise Tax is an indirect tax paid by the end consumer and imposed on goods that are harmful to public health or the environment.”

He stated that the mechanisms used for implementing Excise Tax and the developments that the system has undergone over the past few years earned praise from relevant authorities. The successful application of these procedures strengthened efforts to combat smoking and the consumption of tobacco and tobacco products, and limit the consumption of harmful goods that adversely affect human health or the environment.

Al Bustani stated that “The decision to expand the scope of Excise Goods meant that the excise tax scope would include sweetened drinks, electronic smoking devices and tools and the liquids used within, in addition to tobacco and tobacco products, energy drinks, and carbonated beverages. The decision followed directives from the wise leadership to accelerate the pace of progress towards a safe and healthy society, by reducing the consumption of harmful goods, preventing the damage they inflict onto the community, and combating diseases resulting from consumption patterns harmful to public health, in addition to developing the resources needed to support the expansion of government services to members of the community.”

“Nearly three years after implementing the decision to expand the scope of Excise Goods, significant positive results have been registered,” H.E. added. “For example, indicators show that many companies producing drinks in general have developed their production processes in response to the decision, leading to an expansion in the production and sale of unsweetened beverages (free of added sugar), which helps improve consumption patterns in the community and ultimately enhance public health by reducing rates of obesity, diabetes, tooth decay, and other diseases caused by the excessive consumption of sugars.”

“Business sectors were highly cooperative in meeting requirements for implementing Excise Tax, which was made possible by the easiness of the steps outlined by the Federal Tax Authority for taxpayers to follow when submitting their tax returns and paying their due taxes round the clock through the e-Services portal on the FTA’s official website, www.tax.gov.ae, which was developed according to best practices to provide information and instructions, raise tax awareness, and establish a developed environment that encourages business sectors to self-comply with tax requirements.”

The FTA went on to explain that as part of its continuous processes, the Authority has developed its electronic system to be more accurate in the procedures for registering Excise Goods and the relevant details, outlining clear standards and requirements. Upgrades were also made to templates tax declarations and returns for Excise Tax; all relevant business sectors were then invited to abide by the updated procedures for registering Excise Goods in the FTA’s system, as well as to review the documents and requirements for the registration process to begin preparing them before submitting an application for registration in the system.

The FTA’s press statement confirmed that the continuous development of monitoring and control tools on which the FTA relies on contributed towards increasing tax compliance and raising the efficiency of inspections, using the most advanced digital technologies in monitoring and inspection processes to track smuggled products that have not met their tax requirements. The most prominent of these tools are the Digital Tax Stamps on tobacco and tobacco products, which were implemented in accordance with the Cabinet Decision on Marking Tobacco and Tobacco Products, with the aim of establishing a comprehensive, accurate, and effective control framework to support the Authority’s efforts to collect taxes, combat tax evasion, ensure that tobacco and tobacco products conform to approved standards and specifications, and verify that these products have met their tax obligations. The Digital Tax Stamps allow for tracking tobacco and tobacco products electronically from the production facility and until they reach the end consumer.

The Authority noted that as of the beginning of 2019, the first phase of the Scheme went into effect with Digital Tax Stamps placed on tobacco and tobacco products for all types of cigarettes. As of 1 November 2019, the Scheme entered its second phase, expanding to include all types of waterpipe tobacco (Mu’assel) and electronically heated cigarettes in addition to regular cigarettes. Following that, as of 1 January 2021, the sale and possession of all types of waterpipe tobacco and electronically heated cigarettes that do not bear the Digital Tax Stamps were banned across local markets. Another step forward was then taken from 1 October 2021, and then 1 January 2022, respectively, with the launch of the first and second phases of the transition towards the new, redesigned Digital Tax Stamps, to be installed on packages of all types of cigarettes and other tobacco products traded in the UAE.

The Federal Tax Authority explained that Digital Tax Stamps are one of a range of innovative solutions developed to combat tax evasion, facilitate inspections and control at customs points and markets, and prevent the sale of products that do not meet their tax obligations. The Stamps are installed on packages of tobacco products and registered in the FTA’s database; each stamp includes information that is electronically registered and can be read using a special device to verify that all due tax on these products has been paid.

According to the press statement, stemming out of the FTA’s commitment to strengthening community control over local markets, limiting cases of tax evasion, and enhancing transparency and competitiveness in the field of doing business, the Authority launched the Whistle Blower Programme for Tax Violations and Evasion – also known as ‘Raqeeb’ – as of 15 April 2022, in line with the Cabinet Decision on the Implementation of the Whistle Blower Programme for Tax Violations and Evasion, which authorises the FTA to receive reports from individuals about cases of tax evasion, tax-related fraud, and violations of tax legislation, where the Authority then verifies the reports and offers financial rewards to whistle blowers provided that certain conditions are met.

The FTA asserted that its strategic partnerships with relevant authorities in the public and private sectors are among the main factors for its success in implementing the tax system in general, and the Excise Tax system in particular. These partnerships set the stage for accomplishing important goals, most notably raising tax awareness among the business and consumer sectors, where the FTA organised – and continues to organise – awareness seminars and workshops to answer taxpayers’ enquiries.

The Authority added that as part of these partnerships, control and inspection efforts continue to take place, in collaboration between the Federal Tax Authority; the Ministry of Economy; Federal Authority for Identity, Citizenship, Customs & Port Security; Departments of Economic Development, and other relevant entities, who carry out joint inspection campaigns in coordination with relevant authorities to protect consumers’ rights, combat tax evasion, and ensure compliance with tax legislation and procedures.
The Federal Tax Authority asserted that the effective control procedures that were put in place served to boost compliance among taxpayers with tax legislations. The FTA noted that the frequency of field inspection campaigns implemented across local markets, in collaboration with its strategic partners, has been on the rise over the past few years and the first half of this year. The number of inspection visits more than doubled from 5,031 in 2019 to 10,935 in 2020. The total number continued to increase, rising to 19,048 visits in 2021; meanwhile, the FTA and its partners carried out 9,956 inspection visits in the first half of 2022, compared to 4,878 visits conducted in the same period in 2021. Overall, the total number of inspection visits conducted by the FTA within local markets over the course of the past few years, in addition to the first half of this year, amounted to 44,970 visits.